An estimated 100,000 Detoiters lost their home to foreclosures because of over-assessments 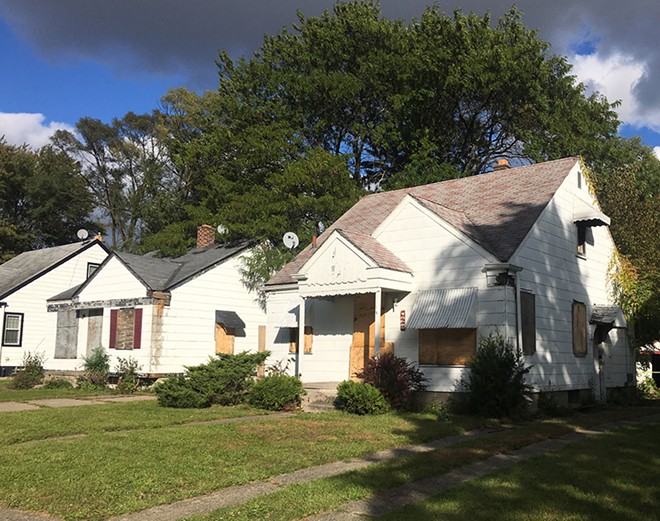 The city of Detroit made an extraordinary admission about five years ago: It overtaxed homeowners by at least $600 million between 2010 and 2016.

The illegal, inflated property tax assessments resulted in an estimated 100,000 Detroiters, most of them Black, losing their homes to foreclosure.

The Michigan Constitution prohibits property from being assessed at more than 50% of its market value. Between 2010 and 2016, the city assessed properties at as much as 85% of their market value.

To this day, residents have not been compensated for losing their homes or paying more than they owed in property taxes.

The Coalition for Property Tax Justice, a group of advocates for impacted homeowners, is trying to change that. The coalition surveyed more than 200 overtaxed residents to determine how they want to be compensated. The findings were published in a report released Thursday.

“Residents indicated that really no amount of monetary or in-kind compensation could fully repair the harm that the city or county had caused them, their families, and their community,” Alexa Eisenberg, a housing activist and researcher, said at a news conference Thursday. “Residents emphasized that they wanted resources to support them in dealing with the irreparable and intergenerational mental health consequences. They also want the government to apologize and to be held accountable for the wrongs that were committed.”

Most of the surveyed residents prioritized cash payments as compensation. But that’s likely not going to happen because Mayor Mike Duggan’s administration insists that state law prohibits the city from providing cash payments or tax credits to any of the overtaxed residents.

Activists say they disagree and are calling on Michigan Attorney General Dana Nessel to give her legal opinion.

“As a lawyer and law professor, I believe the legal logic is flawed,” said Bernadette Atuahene, a professor at Chicago-Kent College of Law and a member of the Coalition for Property Tax Justice. “There are all kinds of programs where money and resources are going to various individuals. The legal logic, in my professional opinion, is suspect, which is why we need to get the attorney general to weigh in on this.”

Duggan and the city council have tentatively agreed to spend $6 million on resources to residents who were overassessed, which only represents 1% of the amount that was over-billed.

Without the option of providing cash compensation or tax credits, advocates say there are still plenty of alternatives. They include home repair grants, houses or side lots from the Detroit Land Bank, Section 8 vouchers, small business assistance, and employment opportunities.
click to enlarge 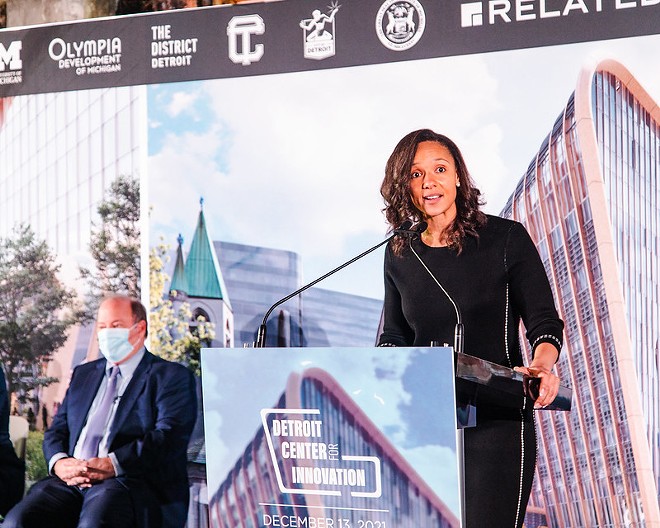 Council President Mary Sheffield, who has advocated on behalf of residents and the Coalition for Property Tax Justice, said she and her colleagues “are seeking justice for those who have been unconstitutionally overassessed.”

Saying residents “should be allowed to determine how they are going to be made full,” Sheffield indicated that she is “laser-focused on looking at ways on the state level or the philanthropic level that we can provide compensation.”

Sheffield also expressed skepticism about the Duggan administration’s opinion that state law prevents the city from providing tax credits. She said the council is beginning to work with state lawmakers to address any laws that would prevent tax credits as compensation.

“We are working diligently and very hard to find solutions,” Sheffield said. “We don’t just want to put a Band-Aid on it and not get to the core of what happened.”

"The report released today just confirms there’s only one right road here and it’s for Mayor Duggan to figure out a way to do right by the folks he serves and compensate them for the money that was wrongfully taken,” Sonja Bonnett of the Detroit Justice Center said. "Imagine if you or I had mistakenly taken hundreds of millions of dollars from the City of Detroit and spent it. Among other things, the judge would still say, ‘return the money,’ and that’s what we’re saying to the mayor, give back the money you wrongfully took.”

The impact on residents has been more than financial, advocates said.

“They spent a lot of time blaming themselves,” Atuahene said. “When you are buried in a mound of shame, there is no space for righteous indignation — anger that leads to action. And so part of the work of educating people about the structural injustice, called illegal inflated property taxes, is freeing them from this mountain of shame so they can move to a place of righteous indignation and fight back. That’s where I believe Detroiters are now.”

Damani J. Partridge, professor of anthropology and Afroamerican and African studies at the University of Michigan, said the over-assessments are part of a long, ugly history.

"From the original Indigenous dispossession until now, people in the place we call Detroit are persistently having their homes taken away from them," Partridge said. "Illegal property tax foreclosure is the newest form of dispossession. This has not only affected residents’ bank accounts, but also their mental health. They need and want cash compensation now."

Detroit resident Sandra Bradley said it was “very hurtful” to learn that the city overtaxed her by more than $4,000. She called on the city to listen to what residents want.

“Let people decide how they want to be compensated,” she said. “Let them speak for themselves.” 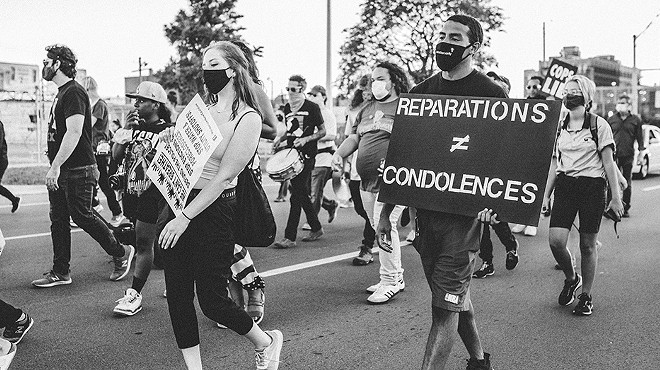