Just as he did with the Supreme Court, Trump packed the federal judiciary with often-unqualified ideologues handpicked by the Federalist Society 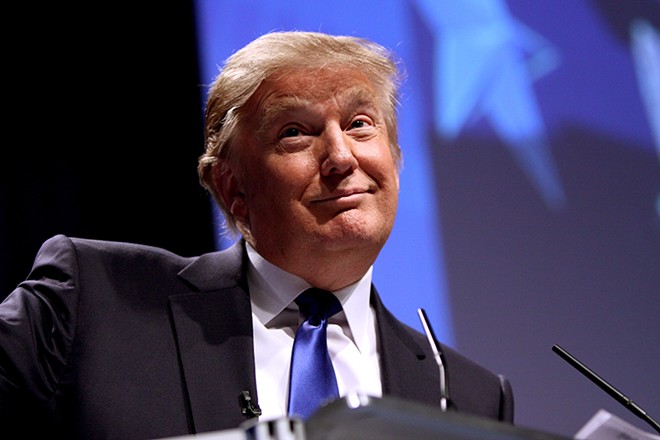 In 2013, the Securities and Exchange Commission charged George R. Jarkesy Jr., a Houston-area hedge fund manager and Republican donor, with defrauding investors. Jarkesy sued, arguing to a federal court in Washington, D.C. that the SEC proceedings violated his constitutional rights. No dice. He appealed to the D.C. Circuit Court of Appeals. Same result.

As with all SEC civil charges, the case went before an administrative law judge, who found Jarkesy liable and ordered him to pay back fines and “ill-gotten gains” — a little less than $1 million — and abstain from “associating with brokers, dealers, and advisers” and “serving as an officer or director of an advisory board or as an investment adviser.”

Jarkesy appealed, arguing that the SEC had no authority to penalize him for rules infractions. SEC commissioners — drawing on Supreme Court decisions dating back decades — rejected a claim that is basically the stuff of sovereign citizen fever dreams. So Jarkesy ran to the 5th Circuit Court of Appeals, where sovereign citizen fever dreams come true.

This is the court that tried to strike down the Affordable Care Act a decade after it passed under a legal theory a prominent conservative scholar called “ridiculous.” It’s the court that abruptly canceled district court hearings on Texas’ abortion ban so it could take effect without delay. And it’s the court that forbade United Airlines from enforcing its vaccination policy and said military personnel should be free to disobey an order to get a COVID shot, too.

Any bets on how they ruled this time?

In a 2-1 decision, appointees of Donald Trump and George W. Bush declared that the SEC’s system for enforcing its own rules is unconstitutional. If the Supreme Court takes them seriously — the same Supreme Court that’s about to overturn Roe, so it’s not out of the question — the ruling could cripple not only the SEC but the entire government.

In his dissent, Judge Eugene Davis, a Ronald Reagan appointee, pointed out that the first two assertions run counter to well-established case law. (In 1979, for instance, the Supreme Court ruled that the Constitution “does not prohibit Congress from assigning the fact finding function and initial adjudication to an administrative forum with which the jury would be incompatible.”)

The third claim is more complicated. In 2018, the Supreme Court ruled that the SEC’s ALJs had to be appointed by commissioners, not staff. The Trump administration asked the court to eliminate the ALJs’ job protections — which were designed to insulate them from political pressure and ensure their independence — as well, but the court declined.

The 5th Circuit wasn’t so circumspect.

If the decision stands, the two judges will have given Wall Street the virtually unregulated market that brokers crave and those of us who remember the 2008 crash dread. For years, the Chamber of Commerce has complained that the SEC’s ALJs are biased, arguing in a court brief that the SEC wins “90% of the cases it brought before its ALJs, as compared with 69% of cases before district court judges.”

That’s not really true, but it’s also not the point. Bankers know that forcing the SEC to take 700 cases a year to federal juries will break the system. There aren’t enough federal judges, and the likelihood that Republican senators will allow President Biden to appoint a hundred new judges is, well, not great.

As a result, all but the most serious fraud cases would be ignored. That’s the goal.

What this ruling would mean for the 2,000 ALJs scattered across more than 25 federal agencies — most handle Social Security benefits claims, while other issue findings in environmental, labor, and housing disputes, as well — isn’t clear.

But if everything they do has to go before a jury, too, regulations won’t be worth the paper they’re printed on. Again, that’s a feature, not a bug.

On Friday, another Trump appointee — District Court Judge Robert Summerhays — ordered the Biden administration to keep in place Title 42, a Trump-era order that prevents migrants from seeking asylum at the border, ostensibly because of the pandemic. When the administration appeals, the case will go to the 5th Circuit.

The White House probably isn’t in a hurry; it hasn’t figured out how to deal with the expected crush of asylum-seekers. But under the ruling’s logic, courts can halt the country’s asylum law indefinitely. And they might.

The 5th Circuit just upended an administrative system in place since 1946 by inventing a legal doctrine that utterly disregards decades of precedent. It wasn’t the first time, nor will it be the last. Six of the court’s 17 active judges were appointed by Donald Trump. Five of them can unambiguously be described as radicals.

Elections have consequences. This country will be stuck with the consequences of 2016 for the rest of my life.

On the front lines of the fight for reproductive rights