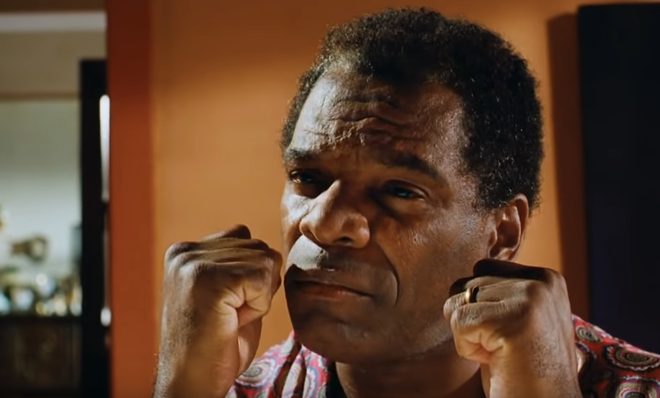 John Witherspoon, the Detroit-born actor and comedian best known for his portrayal as the brash and opinionated father Willie “Pops” Jones in the Friday franchise, died in Los Angeles on Tuesday. He was 77 years old.


It is with deep sadness we have to tweet this, but our husband & father John Witherspoon has passed away. He was a Legend in the entertainment industry, and a father figure to all who watched him over the years. We love you “POPS” always & forever.


Witherspoon made his first TV appearance in 1977 when he took an uncredited appearance on comedian Richard Pryor's short-lived variety show. He went on to become a regular guest on Late Night with David Letterman and, later, Letterman would be named Godfather to both of Witherspoon's sons. Throughout his career, Witherspoon appeared in films like House Party, Boomerang, Vampire in Brooklyn, and as well as television series including The Tracy Morgan Show, The First Family, and starred as Pops on The Wayans Bros., which ran for five seasons.

Actor and producer Marlon Wayans took to Instagram to “thank God for the many, many, many laughs” that were shared “on and off the set.”

“You got all the keys and I know you got one to heaven’s gate,” he wrote. “Anytime I want to laugh or to see you I’m gonna put on an episode of Wayans Bros. and laugh until I cry. I miss already.... hope you're dancing in heaven with ugly white shoes on.”

Hollywood tributes poured in following the news of his passing from costars and admirers alike.

John Witherspoon, Beloved 'Friday' and 'The Waynes Bros.' Star, Dead at 77 | Entertainment Tonight. “When they say OG and inspiration... that’s Johnny Witherspoon. One of my early heroes and a beautiful person. My prayers are with the family! Love you! https://t.co/CRhz4wIcLQ


RIP my brother. You will be missed. Mannnnnnn this is a hard one. 🙏🏾John Witherspoon, Beloved 'Friday' and 'The Wayans Bros.' Star, Dead at 77 | Entertainment Tonight https://t.co/iUzyjCI4U1


🎤 This day began with such joy.
And it’s ending with this heart wrenching news of John Witherspoon’s passing. One of our comic brothers. 🌹 RIP pic.twitter.com/efSqqw6BHJ


Actress Regina King, who starred as Pops' daughter in Friday and also co-starred voiced his grandsons on the animated series, Boondocks, called Witherspoon her “comedic inspiration.”

My dad, my grandpa, my comedic inspiration! I love you Spoons! Rest In Paradise, King pic.twitter.com/U6GsNrrKXF


“I'm devastated,” Friday series co-star Ice Cube, who played as Pop's son, said in a tribute on Twitter. “Life won't be as funny without him.”


I’m devastated over the passing of John Witherspoon. Life won’t be as funny without him. pic.twitter.com/gtmiZiEppP


It was reported that Witherspoon was slated to reprise his role as Pops in the fourth installment of the Friday series, but the film, Last Friday, was in pre-production at the time of his death.