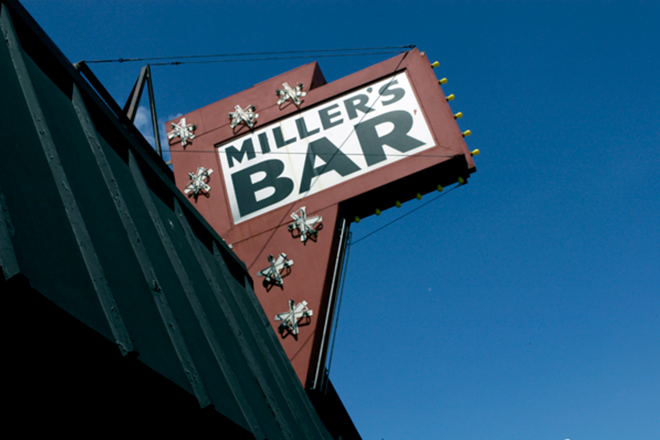 So what if the Red Wings and Tigers stink this year. Metro Detroit has something even better to celebrate: A damn good burger.

That's according to Thrillist, which scored Dearborn's Miller's Bar as home to one of America's top 31 hamburgers.

Describing the stacked masterpiece, one of their burger critics writes:

"A perfectly cooked medium burger with a slab of Velveeta and white onions stacked on a steamed bun that barely holds its own against a cascade of magnificent juice and cheese product that erupts with each bite."

Who knew a sandwich could sound so sensual.

In operation since 1941, Miller's has no menu, serves its food on wax paper and uses the honor system for payment. The no-frills approach is the cheese on a hamburger worth trying.

Jack Nissen is an editorial intern for the Metro Times and a masters student of environmental journalism at Michigan State University.