Each week, Metro Times rounds up must-see performances by metro Detroit's own.

Courtesy of DJ Holographic
DJ Holographic.
While everyone is assembling their respective stashes for 4/20, others are ramping up for a productive Earth Day on April 22. A few days ahead of the worldwide day of action and activism is Earth Night, a DJ-scored benefit aimed to fund summer camp for Detroit youth through the local nonprofit Green Living Science. Leading the bill is one-woman funk machine DJ Holographic (aka Ariel Catalina), who has performed at high school proms and international electronic clubs, as well as her hometown festival Movement, where she took the Red Bull Stage last year and where she will return for next month’s event. To pair with Holographic’s nu-disco energy, she’ll be joined by EC Rowe and DJ Beige, who are also performing in cooperation with DJs for Climate Action.
Earth Night begins at 9 p.m. on Friday, April 19 at Marble Bar; 1501 Holden St., Detroit; 313-338-3674; Suggested $5 donation.

Courtesy
The Lucid Furs.
Detroit freak-rock outfit the Lucid Furs’ Bandcamp page comes with a warning: “To hold on to your morality, virtues, and chastity — do not listen to the Lucid Furs.” Described as music that is unsuitable for children and horses, the Lucid Furs are following up their mystic psych-rock debut, 2017’s This Ain’t No Mating Dance, with No God? No Problem. To celebrate their sophomore release, the band has planned a pre-4/20 bash and the kickoff for the band’s 10-date Midwestern jaunt. Space rockers Krillin will also be on the bill, along with soul-infused funk band the Scapes and “wacky punk” three-piece Scissor Now.
The Lucid Furs album release event begins at 8 p.m. on Friday, April 19 at Small's; 10339 Conant St., Hamtramck; 313-873-1117; smallsbardetroit.com. Tickets are $10. 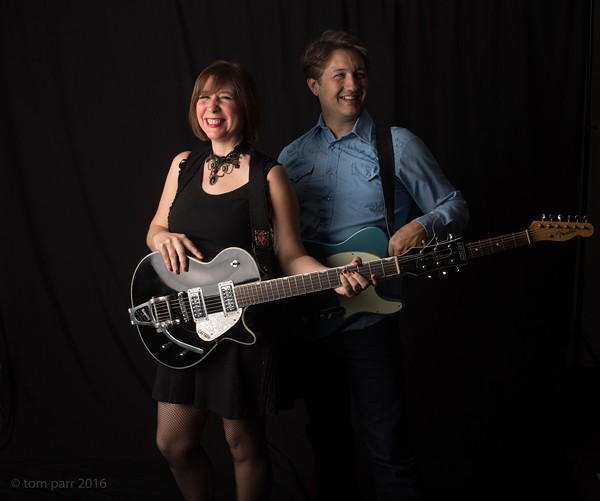 The band that has been synonymous with improvisational jams, a loyal gang of fans dubbed the “deadheads,” those tripped-out little dancing bears, and, well, the good drugs, the Grateful Dead’s legacy lives on beyond Bob Weir and John Mayer. Paying tribute to Jerry Garcia’s musical legacy for more than 10 years is Michigan’s premier Grateful Dead tribute band, Dead Again, which is keeping with its 4/20 tradition at the Magic Bag seven years and running. The seven-piece band is led by Brian Avigne, who works to capture Garcia’s vocal and guitar essence, and together they span everything from the Dead’s classic psychedelia to the synthesized later years.
Dead Again will perform at 8 p.m. on Saturday, April 20 at the Magic Bag; 22920 Woodward Ave., Ferndale; 248-544-1991; themagicbag.com. Tickets are $15+.