'Liedernacht' reunion gathers Detroit nightclubbers for a good cause 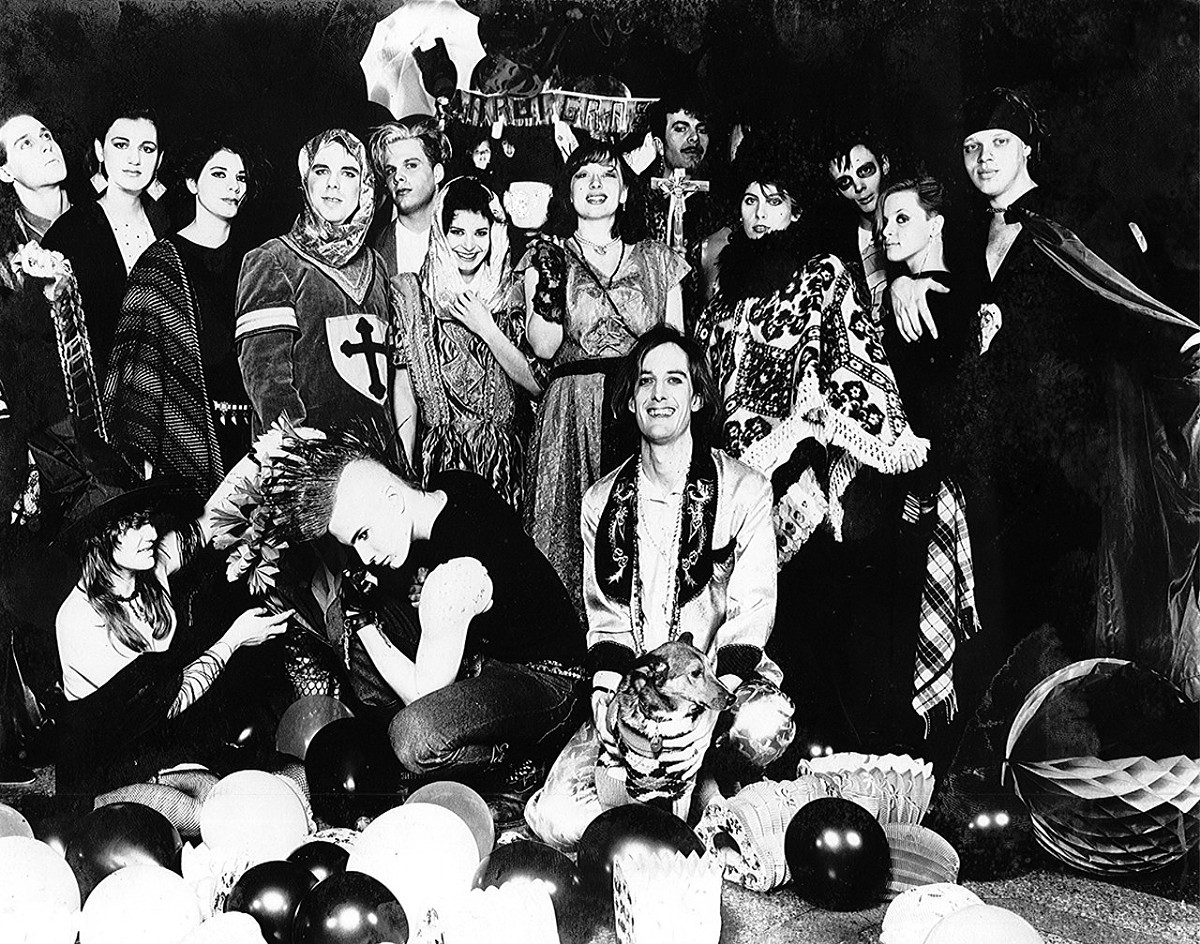 Stirling and friends in an ad for Liedernacht (originally appearing in Metro Times in February 1985). Photo by Luis G.

Anyone who's spent any time in Detroit's underground music scene in the past several decades has most likely encountered the man known as Stirling at one time or another. A gaunt and seemingly ubiquitous presence, Stirling made a name for himself as a club owner and promoter, whose dance nights at the now defunct gay bar Todd's and what is now known as Leland City Club drew a dedicated following from metropolitan Detroit's various alternative communities in the '80s.

Today, Stirling uses his birthday celebration as an excuse for an annual reunion of the scenes. And this year, the shindig is helping to raise money for a documentary that pays respects to the gay community, which was an earlier supporter of his music career.

According to Stirling, it all started with a plate of spaghetti.

He says he accompanied a friend of his from high school who had recently come out as gay to Todd's, a gay-friendly bar on Seven Mile. "He said, 'Let's go over there, they have $1 spaghetti nights on Wednesday,'" Stirling says. "They just gave you a dollop of spaghetti on a paper plate."

Stirling says he quickly became enamored with the bar's art deco stylings as well as the people who worked there. That's when he got the idea to ask the management about hosting a dance night. Not wanting to hear "no" for an answer, Stirling asked if he could try his event out on the typically sluggish Monday nights.

The nights grew a reputation for an eclectic and danceable playlist, featuring mostly British New Wave, synth-pop, and punk. The event soon expanded to Thursdays.

Another factor Stirling says contributed to Todd's charm was its dance floor. Previously, Todd's was adjacent to a bowling alley. When the bowling alley was razed, the lanes were ripped up and the wood was put together to make what Stirling says was one of the better dance floors in town. "There was sort of a spring-y vibe to it," he says. "Plus it had the bowling marks on there, you know how you line up your ball for the pins. It was kind of cool."

Todd's eventually shuttered. When it came time for his next endeavor, Stirling says he was inspired by a trip he took to Berlin in the late '70s to visit his friend Iggy Pop. "I was so blown away," he says. "I just hung out there and met a lot of people, and went to the radio station, and went to the Hansa Tonstudio by the Wall, where David Bowie did 'Low' and 'Heroes.' It was a beautiful studio, riddled with bullet holes and shell holes, and it was right by the wall."

That's when he came up with the name for his next club: "Liedernacht" (translated as "night song.") "I thought it was a fantastic name, but people said I shouldn't call it that," Stirling says. He thought a mysterious name might intrigue people to come, and approached Mike Higgins, a developer who purchased the Leland House hotel at Cass and Bagley, with his idea for a nightclub.

Liedernacht officially opened its doors on Dec. 7, 1984 — "a day that will go down in infamy," Stirling recounts (it was the anniversary of Pearl Harbor day).

Liedernacht maintained Stirling's penchant for eclectic programming. Friday nights featured an early residency by techno grandfather Derrick May, while Sundays featured punk rock music. "It was a different crowd every night," Stirling says. The venue even hosted a performance by John Waters' muse, the drag queen Divine. ("It was kind of like Dead or Alive," Stirling says of Divine's music. "You remember that band? 'You spin me right round, baby, right round?' Now they use it in ads for washing machines.")

As the burgeoning goth movement grew, Liedernacht's DJs began playing more of that kind of music. "We liked the music, so we embraced that culture," Stirling says. "But it wasn't really in the so-called 'business plan.' The common denominator was the music had to be good."

However, Stirling's involvement with Higgins didn't last a year. Citing monetary disagreements, Stirling left, taking the Liedernacht name with him. Higgins switched to the name "City Club," a reference to the Women's City Club building that he previously owned and ran as a venue.

The demographic is reminiscent of the crowd that found solace at Todd's. "It's gay, straight, older people, young people, every kind of person," he says. "Black, white — every race, every expression of subculture is visualized there, hanging out in the stairwells or whatever. It's really trippy."

Since City Club has its own audience today, Stirling typically hosts the reunions at other venues around town. This year, it will be held at the Northern Lights Lounge. In a throwback to the Todd's days, English is returning as the night's DJ. And also in homage to his success in the gay club scene, Stirling says that money raised at his birthday bash and reunion will go toward funding America You Kill Me, a feature-length documentary film about his friend, the gay rights activist Jeffrey Montgomery, set to be completed in 2016.