Jazz angel Kamasi Washington will perform at Detroit's St. Andrew's Hall and we are not worthy 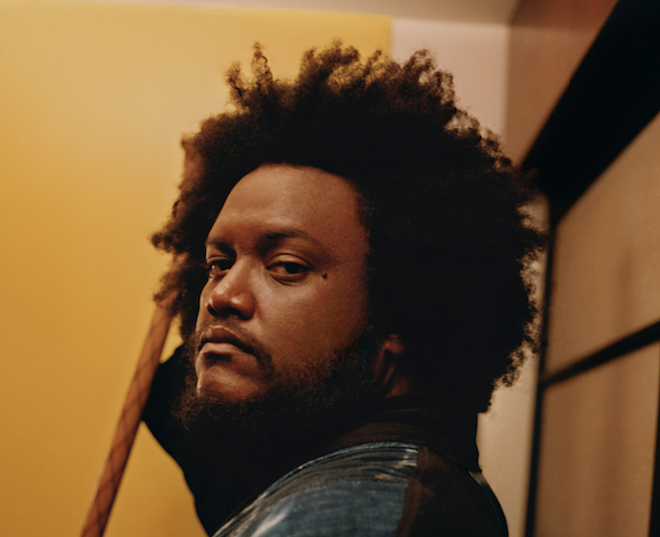 The last time Kamasi Washington passed through Detroit was last summer when he teamed up with 79-year-old, 14-time Grammy-winning jazz virtuoso Herbie Hancock, who has more than 40 studio records under his belt and just as many years on Washington.

But the 38-year-old Los Angeles native and celebrated saxophonist, who has often been referred to as a torchbearer, can stand wholly on his own. Washington is ushering in a new era of jazz, one in which the confines of tradition are bent, warped, and manipulated into atmospheric, transportive soundscapes. It’s been a long two years since Washington released his sophomore LP, Heaven and Earth, and a follow-up EP, The Choice — and even longer since his 2015 debut, The Epic, which earned Washington the American Music Prize — but thankfully we have his catalog, as well as a hefty playlist of collaborations with the likes of Run the Jewels, Chaka Khan, John Legend, and Kendrick Lamar.