It's been 10 years since the White Stripes released their last album, 'Icky Thump'

On June 15, 2007, Jack and Meg White released arguably the best White Stripes album to date, the killer Icky Thump. Little did we know that the White Stripes would go on hiatus indefinitely, and that Icky Thump would be the last time we hear Jack and Meg riff off one another.

Looking back 10 years later, quite a lot has changed in the lives of the White Stripes and what they mean to music today. Jack White has had a pretty succesful solo career thus far. From headlining major music festivals like Bonnaroo and Coachella, to expanding Third Man Records and opening a Cass Corridor spot here in Detroit, Jack White has stayed quite busy since Icky Thump.


It's always talked about that Meg White never cared too much about the spotlight and enjoys her life away from the band since they broke up. While I'd give up my firstborn to see her get behind the kit again, it's nice knowing that she is happy in her personal life.

Looking back at that album now, especially the title track, it has taken on new meaning in post-election life and Trump's America. Before the election went down, Third Man Records sold anti-Trump t-shirts that simply read, "Icky Trump." TMR points to the lyrics in the song, "White Americans, what? Nothing better to do? Why don't you kick yourself out? You're an immigrant, too." These lines were printed on the back of the Icky Trump shirts to really give the full effect.

Hoping to see the White Stripes perform together again seems pretty far-fetched nowadays. I suggested to a friend that the next time we see them together could be when they eventually get inducted to the Rock N' Roll Hall of Fame, but even my friend thought that was doubtful.

A lot of bands have tried to fill in void that the White Stripes abruptly left in music. The Black Keys are the closest match to the band, despite White and the Black Keys' Dan Auerbach's alleged feud. Other bands like Alabama Shakes and Cage the Elephant have tried their best to mix Southern rock with garage rock, something Jack and Meg did so effortlessly, especially on Icky Thump. 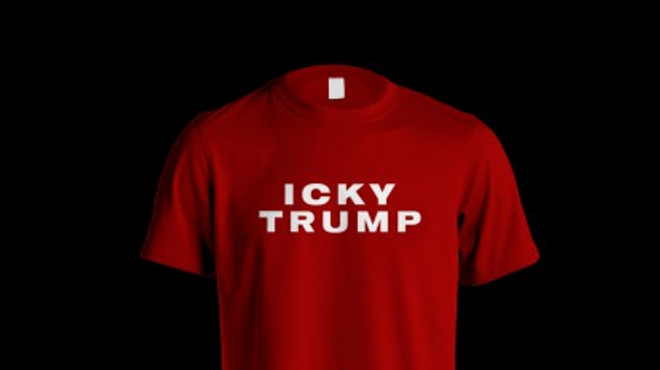