Eminem got 90,000 people to chant "Fuck Trump" at a concert over the weekend

Instagram user @theshadyspell
Just like every other level-headed person in this country right now, Eminem doesn't like Donald Trump. If that wasn't clear to you when he released a surprise single last fall called "Campaign Speech," his words at some shows in Europe over the weekend really solidify his feelings towards POTUS. 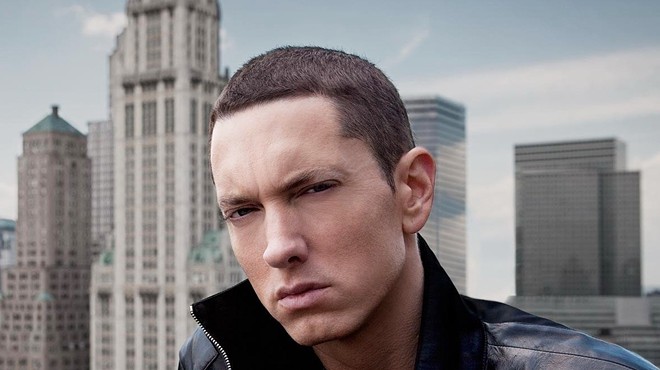 Slim Shady's smear campaign of the president started this past Thursday night when he played a show in Glasgow, Scotland while sporting a "Fack Trump: shirt on stage. In between songs, Eminem addressed the crowd: “Scotland, you might have to be our new home because right now shit ain’t going so well in the States,” he said. “I just wanna take this moment out right now and say motherfuck Donald Trump.”

And just a few days later at the Reading Festival, Eminem headlined the main stage where 90,000 fans gathered for his show. Eminem took the opportunity to get all of the people to go along with a "Fuck Trump!" chant. “I don’t want to cause any controversy so I won’t say no names but this motherfucker, Donald Trump, I can’t stand,” he cried out. “So before we get into this next song, we would like to request something of you. When I say ‘Fuck,’ you say ‘Trump.’”

You can watch some fan-shot videos of the hilarity below. 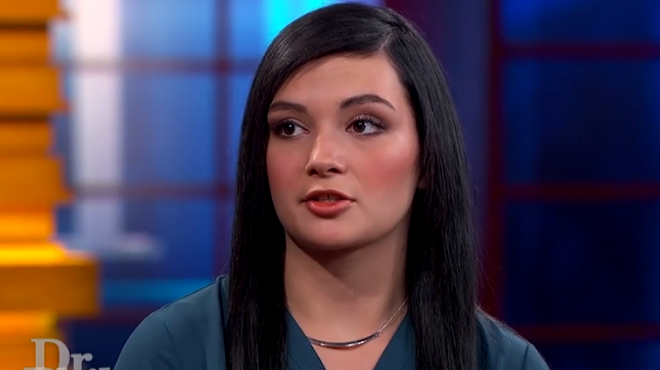 This teenager went on Dr. Phil and claimed that Eminem is her Dad