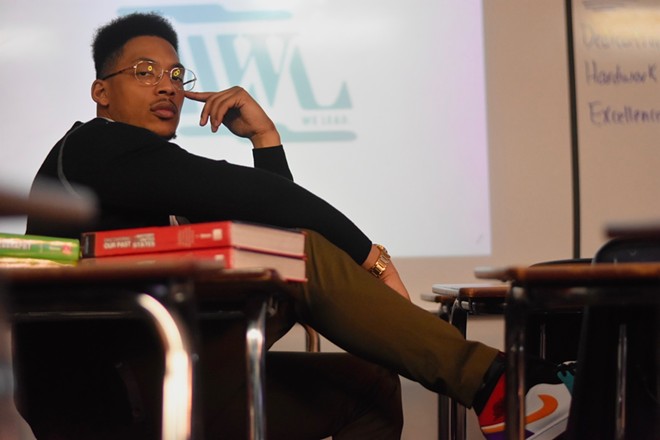 Courtesy of This Life. We Lead.

Just over two weeks ago, video footage of a Black man named George Floyd being killed by police in Minneapolis, Minnesota went viral. In the video, Minneapolis police officer Derek Chauvin kneels on Floyd’s neck for more than eight minutes as Floyd cries out, “I can’t breathe,” and onlookers plead with Chauvin to stop. Since then, protests calling for an end to police brutality, white supremacy, and racism have erupted across the country. Sadly, Floyd’s death — and also the recent killings of Breonna Taylor, Tony McDade, Nina Pop, and Ahmaud Arbery — are just a few examples of a long brutal history of violence against Black people that has plagued the United States since colonization.

As the protests unfolded across the country, there have been more instances of police brutality and cities have burned. While there have been uplifting moments such as young, diverse, and largely peaceful crowds in the streets calling for justice, images of police in riot gear moving to trap and disperse crowds are disturbing. All this in the midst of the coronavirus pandemic as well. In short, these two weeks have been a lot.

We’ve reached a tipping point where the Black American experience — the good, the bad, and the ugly of it all — is front and center. There’s no denying the mistreatment of Black people in this country, but how do we make sense of it?

Steve Banks, known artistically as This Life. We Lead., is attempting to process this moment through music. Last week, Banks released “Black Lives,” a single inspired by the protests and informed by his experience as a Black man in America.

“I wrote the song for self-therapy,” says Banks. “Most of my other music isn’t like this. I try to make music to escape and forget some of the issues or problems in the world. I think with so much going on, we all need a release. I wrote ‘Black Lives’ in one night, and it felt like therapy. The topics and verses kept coming, maybe since I was writing from such a vulnerable space.”

Assisted by a steady shuffle pattern and introspective chord progressions, Banks describes the mental stress of being stopped by the police but refuses to let it get to him. “All you talking/ what did I do?/ Been Black/ Live my life/ Prideful,” he raps in the first verse. Later, Banks condemns the inequality between urban and suburban schools. “Now, let me hit you with these whack schools/ No teachers/ No books/ No learning tools … close your eyes and you can picture this/ Do you want this for your kids?”

As a schoolteacher in Detroit, Banks wants people to understand how lack of funding and opportunity negatively affects the majority Black students he teaches. “The song is not a plea for help but more awareness. Even awareness for myself,” he says. “I don't believe a lot of people understand how different these situations can be and how that can impact the learning of students or the resources available to them.”

For Banks, writing and releasing “Black Lives” was cathartic and he hopes it helps people understand what Black people experience in the United States and around the world every single day. He also knows there’s a long way to go.

“There’s this meme I love that has three characters looking over a fence,” he recalls. “One needs no help, the second needs a crate to see over, and the third needs multiple crates. Once they all have what they need, they all have a chance to enjoy the same view. Look at our country and how it was built, are we really gonna act as if some don’t need more help than others? And as if we do not know why they need more help? What’s the problem with recognizing that others need more help and we actually give it to them? With equality and equity will come liberation. No barriers or biases in your way to achieve your goals and dreams. Ain't that America?”

“Black Lives” is available here. All proceeds will be split and donated to education organizations in Detroit and Flint.