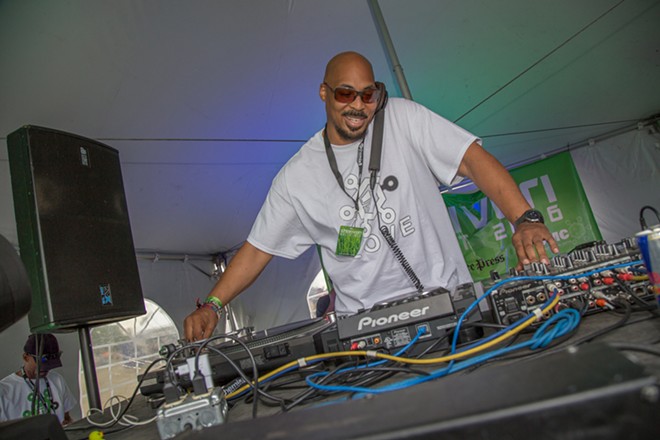 Dontae Rockymore
The 2022 Charivari Detroit Music Festival will be at Historic Fort Wayne.

While the larger Movement electronic music festival tends to get most of the hype, Charivari Detroit has been going strong for nine years. It’s like Movement’s, underground, less hipster cousin.

Previous years have featured Detroit pioneers like DJ Minx, Moodymann, Mike Huckaby, and Juan Atkins, but the 2022 lineup has yet to be released.

"Charivari Detroit will first and foremost be a celebration of the City of Detroit and its contributions to electronic dance music," according to a press release. "Techno is a Detroit creation and Detroit is flush with the pioneers and present-day masters of the genre as well as many of the most talented and respected DJ/producers of House music."

The four-day gathering takes place on the green space at Historic Fort Wayne with a killer panoramic view of the Detroit River and Canada as the backdrop. There will be three stages of music, live art displays, yoga, and food. Tickets start at $75.

Check out charivaridetroit.com for information and to buy tickets.