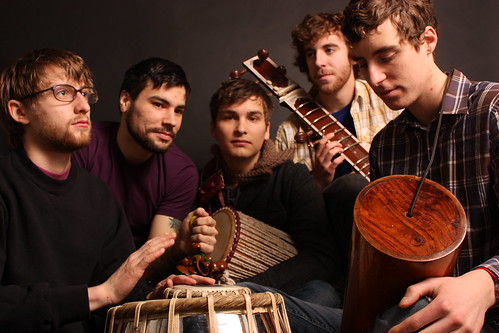 Since '05-'06, Brian Larson (of Silent Giants fame) housed bands at his place in Pontiac for practice space and full-on shows. It was a domicile that became a venue that became a short-lived legend known by the building's namesake, the A.C. Rich, set in downtown Pontiac (does anyone still call it "the yak"?). If you've been there you know the kind of place it is: warm, welcoming and hot; creative types crawl up the walls; the girls know how to dress and the guys know how to sweat. When a band takes the "stage" everyone digs in.

The A.C. Rich became a haven for bands like Prussia (get the free EP, you won't be disapointed!), who utilized the space to cultivate a scene of artists and musicians in Pontiac and who quietly helped the Crofoot and Pike Room upon their launch with a built-in "scene." One wonders how they'll be effected? Or affected? Phreddy?

Bad News: Tomorrow night marks the end of the A.C. Rich. It's an old building that needs work, plus Brian has a million dogs and they deserve a a bigger place ... maybe even a yard?