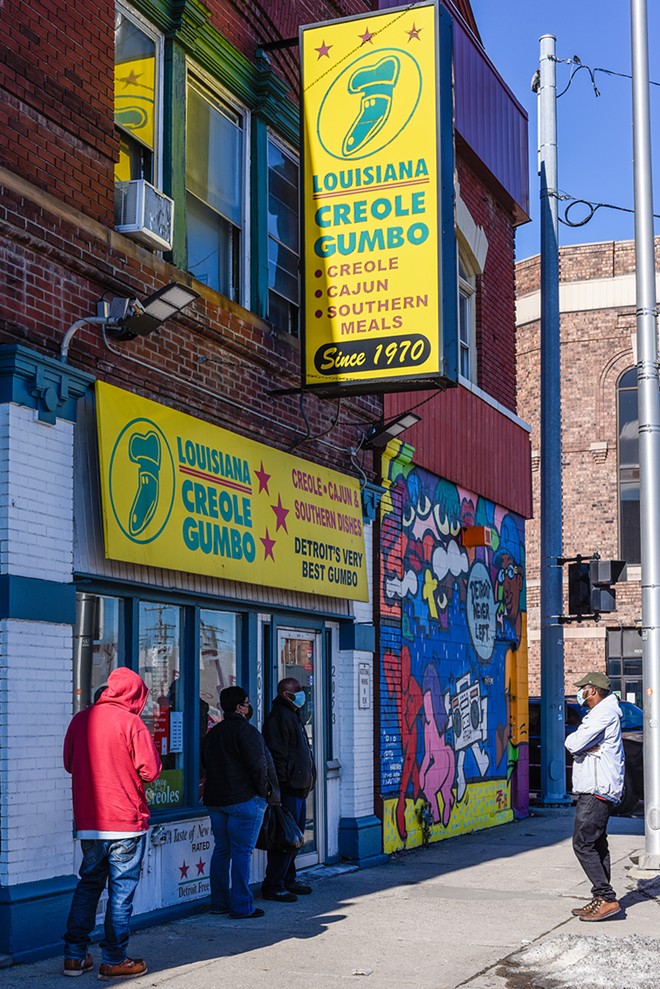 For more than 50 years, there has been one place Detroiters frequented to get a little taste of New Orleans.

Louisiana Creole Gumbo has been a staple at the edge of Eastern Market for decades, but now the restaurant’s original location at the corner of St. Aubin and Gratiot will close.

According to Fox 2 Detroit, the owner of the building the restaurant has operated in for half a century has decided to sell, forcing out the flavorful establishment.

Owner Joe Spencer told Fox 2 that he offered to buy the building, but the owner wouldn’t sell it to him. Spencer also said he believed that the gentrification of Detroit played a role in what forced out the small business.

"This whole gentrification thing is really unfair," he said. "Especially for people who have held on for this property, we’ve carried this property, we paid for it more than once, twice through the years. We have paid rent, we’ve been a good customer to him. But, he didn’t want to sell to us, although we made an offer to sell to buy it."

While the owner of the building did not give a direct quote to the news station, he told Fox 2 that he attempted to make a deal to sell with Louisiana Creole Gumbo, and it didn’t work out.

Though the original Gratiot staple will soon just be a memory for many Detroiters, Louisiana Creole Gumbo has two other locations. In 2016, the restaurant opened its second location at 13505 W. Seven Mile Rd. in Detroit. Last spring, the restaurant expanded to the suburbs by opening its third location in Farmington Hills at 29216 Orchard Lake Rd.

Born and raised on Detroit's Westside, Alex Washington is about as Detroit as they come. She judges your coney island order and serves a mean side-eye when anything across Eight Mile is called "Detroit." Her writing has been published in Real Detroit Weekly, The Detroit Free Press, Model D, BLAC magazine, and...
More
Scroll to read more Food News articles
Join the Metro Times Press Club