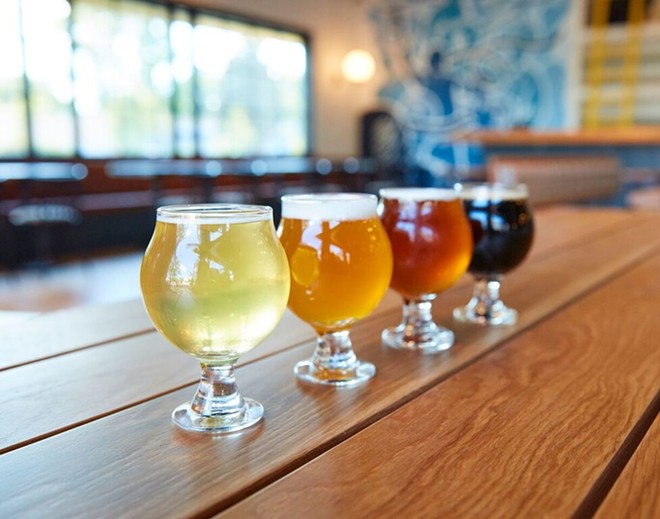 Zingerman's five-day festival celebrating all things bacon returns for its ninth year on June 1, with a variety of events, including a visit from Rick Bayless, films, cooking classes, kids events, and sample-heavy street fair.

Axle's Livernois Tap is celebrating a year in which it crafted more than 40 new beers, hosted a number of dining events, including their first Oktoberfest, and launched the Livernois Barrel Project with the release of the critically acclaimed barrel-aged imperial stout Wolf Tone.

During the June 1-3 celebration, guests can expect throwback menu specials, beer releases, and a raffle. That means well-loved menu items from the opening menu, such as the iconic Bologna Corn Dog, Coney Island Paté, and Crispy Animal Parts. Additionally, all visitors will be entered to win prizes such as access to beer dinners, the Tap's October 13th Oktoberfest celebrations, and ‘Beer for a Year’ to the ultimate prize winner.

For 364 days out of the year, metro Detroit is devoid of truly excellent brisket. Then Painted Lady Lounge owner Andrew Dow makes brisket on Memorial Day, and the sky splits and angels sing above his small Jacob Street bar in Hamtramck.

This year's BravoBravo! will offer three floors of music, dancing, food, and booze all put together with a theatrical decor inspired by Don Giovanni, La Bohème and other operas. That also includes a Hansel and Gretel dessert room, a Die Fledermaus champagne bar and a Carmen sangria station. Guests are encouraged to embellish their black tie attire with theatrical accessories to take part in the theme.

The  independent publishing fair hosts on Memorial Day independent and experimental publishers, artists and dealers of vintage books, ephemera and pop culture. The schedule also includes a program of live events, exhibitions, readings, music and artist-led performance, which, for this edition, will feature the Mott Collection exhibition.

Chicago deep-dish pizza maker Giordano’s is launching "spunky drinks" in time for Movement. That means fish bowls of Massive Mules, Jack the Big Lemonade, and so on for $24, as well as a You Call it Flight and Yard 32-ounce beer both for $12.