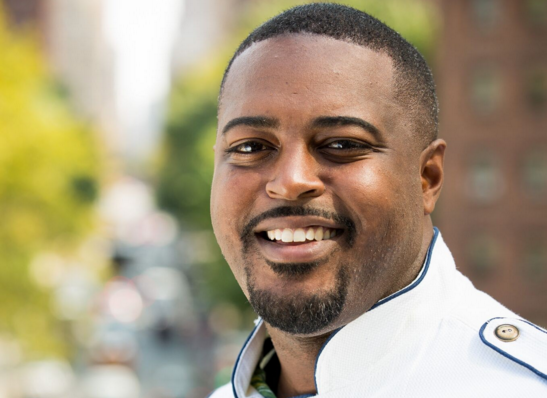 Folk owner Kiki Louya and Coop owner Maxcell Hardy are among 16 chefs across the nation named by The New York Times as having a significant impact on food.

The Times sought out chefs who pushed past "Eurocentric traditions that many absorbed in culinary school. They are reflecting Africa and its diaspora in their kitchens, using techniques from places like Nigeria, Brazil, Morocco, Trinidad, and Tobago, and ingredients like conch, berbere, fonio, and cassava."

Louya, who opened up the Farmer's Hand bodega in Corktown several years ago before launching Folk and announcing even bigger plans this year, explained the concept to the Times:

“We want to be your neighborhood bodega, but we also have this weird educational component, so we do a lot of explaining. We are sourcing your food from local farms and purveyors, but we can still feed a family of four for $10. We pay a living wage, not just a tipped minimum wage. We have a hospitality charge, because this is what it actually costs to put the food on your plate.


Meanwhile, Hardy returned to Detroit after making a name for himself in Miami, quickly opened two restaurants, and began training and mentoring young Black chefs in Detroit. He told the Times:

“I came back to see what was going on and sold out a whole weekend of pop-up dinners. Growing up in Detroit, you didn’t see chefs and restaurants elevated like that. It was Motor City, not Food City. Now I can invent a dinner based on the recipes of Hercules, a slave who was George Washington’s personal chef, and I can have my restaurant, and I can teach kids in the community. There are so many more ways to strive for greatness as a chef.”