The Vintage Electronics Expo is still kicking it old-school 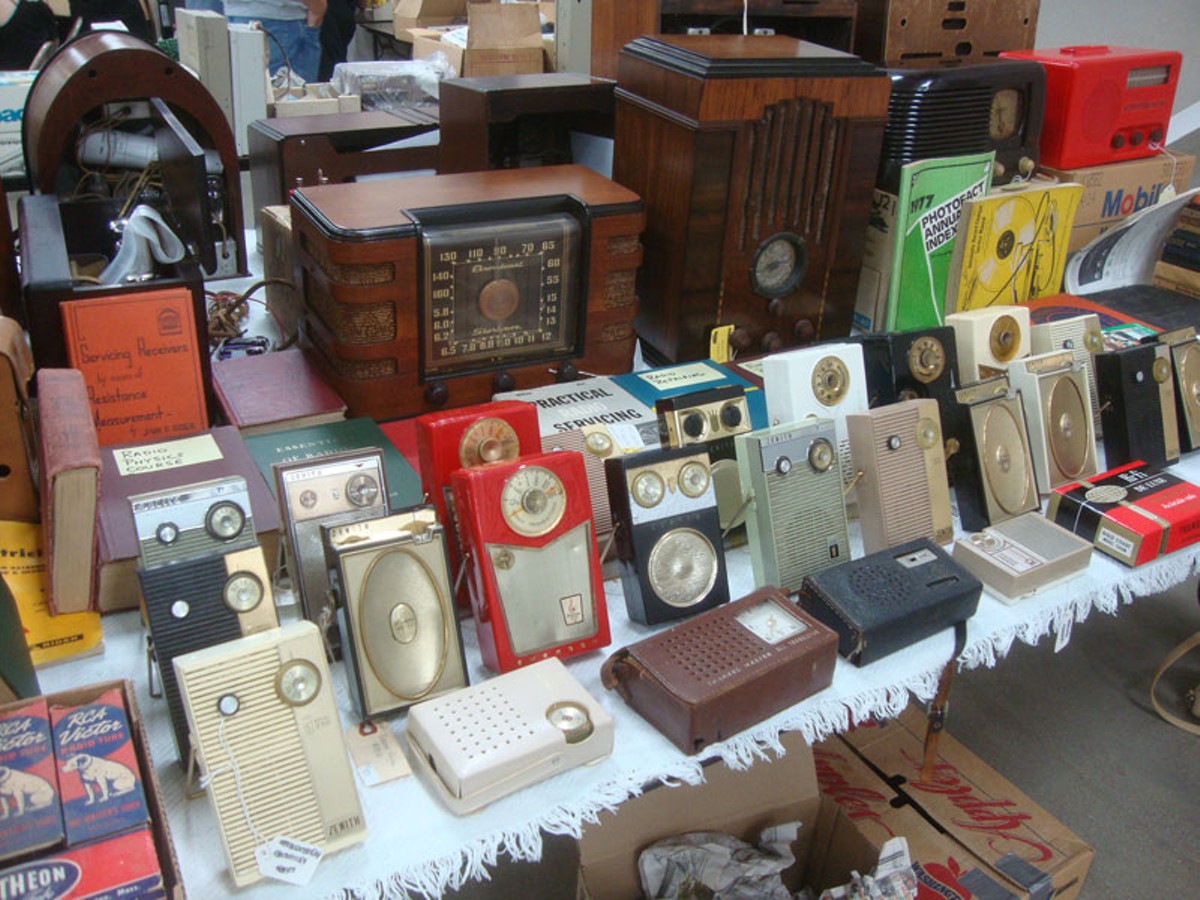 Courtesy of the VEE

Objects older than 25 years old are commonly considered to be "vintage," which means the annual Vintage Electronics Expo is now, well, that.

What originally started as a radio enthusiasts swap meet has now evolved into a love of all things retro and electronic. As smartphone technology has improved, rendering technologies of the past obsolete — like television, radio, CD players, and video game consoles — expos like the VEE aim to keep the old technology alive. The event bills itself as the largest indoor vintage electronics event in the country, and expo organizer Mark Oppat says it has continued to grow in recent years, with a record attendance of more than 800 guests and 120 vendors last year. Lately, it's been held in Farmington Hills' Costick Activities Center, though Oppat says they might have to upgrade to a bigger venue next year.

Oppat, who runs a radio parts store in Plymouth, says that traditionally the event draws a lot of old-school audio equipment vendors: amplifiers, turntables, tuners, receivers, "all that stereo gear that, you know, people went to college with in the '60s and '70s," he says. But now, since that "vintage" marker falls at 1994, it now includes video games, home computers, and a slew of other gadgets.

While some old-school technologies like vinyl records and turntables have have come back into vogue with the younger generation (thanks in part to old-soul tastemakers like Jack White), Oppat says most the expo's attendees tend to be older people who grew up with the technology to begin with. A big part of the event is about linking up parts suppliers and servicers with customers in order to keep the old machines working. But more than the nostalgia they inspire, Oppat says what people love about these old gadgets is their aesthetics — what he calls the "ooh-ahh" factor.

"The amazing thing about vintage radios of the '20s and forward is that really was the beginning of a marriage of technology and aesthetics," he says. "It was really the only thing in the home that did that. If you think about it, you had things like refrigerators and stoves and stuff, but the technology of those things didn't change for decades, whereas radios did. It got more sophisticated very quickly when you look at the difference between an 1820s radio and the 1940s radios. It was astounding."

During that heydey, Oppat says, radios became the centerpiece of American living rooms, and were often ornately designed, with beautiful wooden cabinets — unlike today's high-definition but otherwise unassuming flatscreen TVs and smartphones, which are just black rectangles.

It was also integral in changing how information was spread, and how people connected to each other. "During the '30s you had President Franklin Delano Roosevelt talking to people throughout the Great Depression, trying to calm them with what he called his 'fireside chats,'" Oppat says. "That's pretty much the opposite of what Trump's doing, by the way," he says of the president's preferred delivery method of rude, grammatically incorrect tweets.

There were also less glamorous ways radio changed the fabric of the country. "It was the internet, it was a total connection to the world, especially on farms," Oppat says. "It was also a bit of a business tool because the farmers could hear what the price of hogs were, or grain, or anything like that."

It's perhaps fitting that an event like VEE has found a home in metro Detroit. The way Oppat sees it, Detroit fell squarely in what he calls the "Radio Belt," or everything east of Illinois and north of Ohio.

"In the 1930s there were a lot of single-family homes in the area, especially in the Detroit area due to auto manufacturing, and there was AC power everywhere and there was a fair amount of wealth," he says. "So you know, you could afford to buy it and they had broadcasting that was receivable everywhere around here, and you had retailers that were selling the things. So it was a combination of all those factors that made this area good for radio." In fact, Detroit even boasted a significant local radio manufacturer, Detrola, which was in business between 1931 to 1948 — at one point, even claiming to be the sixth biggest radio manufacturer, Oppat says.

The meetup will host vendor tables selling old equipment and parts. Attendees can bring in their own equipment to have it evaluated by an expert collector, who can also recommend repairs or parts sources. There will also be auctions, in addition to people hawking peripheral items like used records and rock 'n' roll memorabilia.

When asked about what he loves about radios, Oppat can't help but wax nostalgic. "What people do today is the whole family sits in other rooms and looks at their phones — you know, if you have a family of four and you got two teenagers, they're on their phones and the parents are watching some streaming video or something," Oppat says. "But radio was more communal. You had one radio in the house, it was in the living room, and it was beautiful. You turned it on, and the dial lit up and voices came out of it."