The Activist and Baker: Ann Perrault 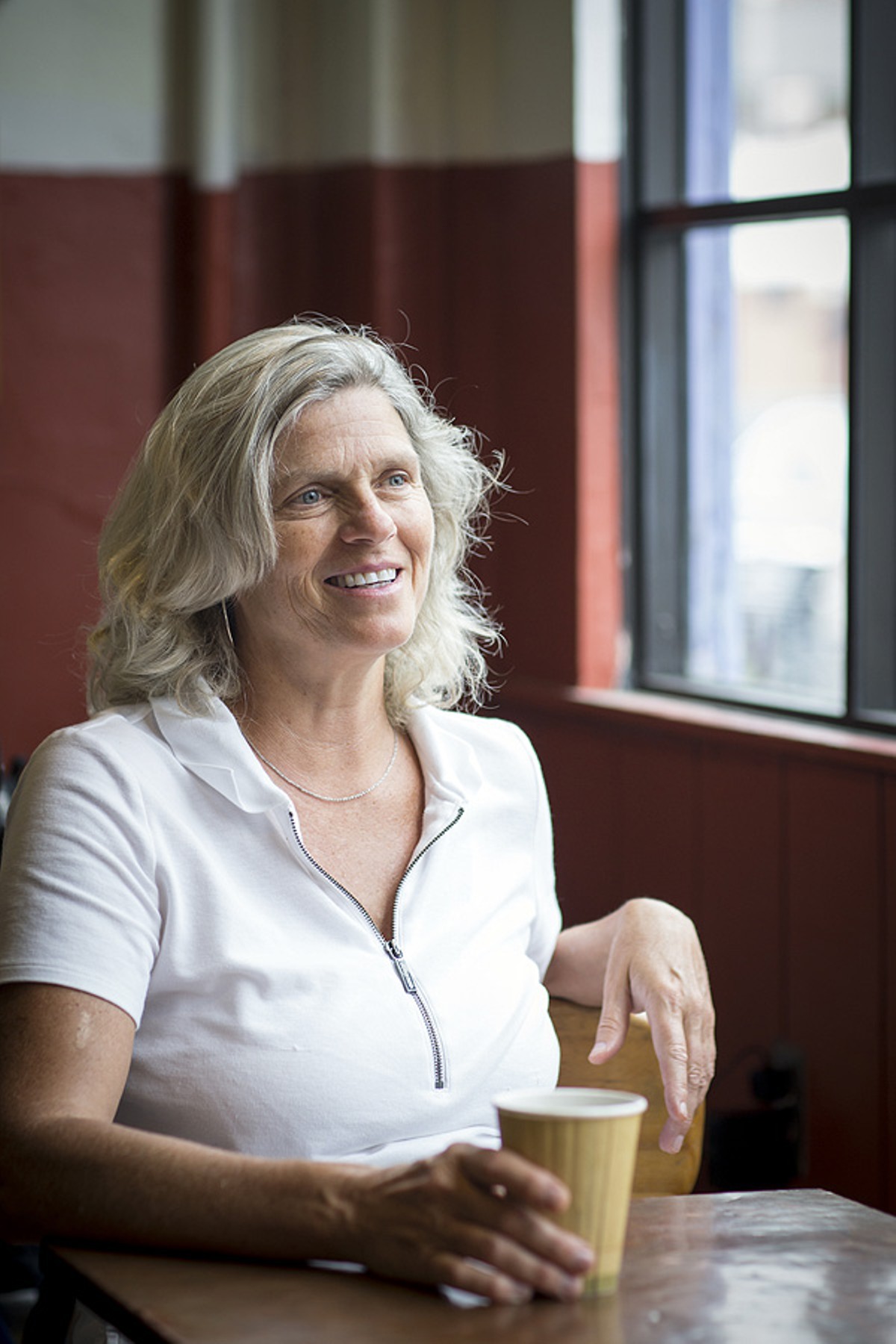 Ann Perrault’s life has been full of baked goods from the start. She grew up in a large family of 12 and her mother owned a pie business.

“My mom’s probably the best baker I know,” the 55-year-old says.

Perrault was raised in Grosse Ille and Inkster before relocating to Detroit when she turned 19 to attend Wayne State University. She didn’t finish her degree in recreational therapy, opting to open Avalon after an internship at Saginaw Valley State University. That was after she met Avalon co-founder Jackie Victor.

The two headed north in the mid-1990s to work at various bakeries, including Stone House Bread Cafe in the city of Leland, where they crafted their business plan. Eventually, Avalon launched on a tight-knit block off the Cass Corridor in 1997.

Opening the shop in Detroit was an obvious choice too. “I didn’t want to leave Detroit,” Perrault says. After running the Detroit Women’s Coffeehouse for over two decades, the city was in her DNA. “To me, it’s like the biggest small town you could live in.”

Living and working in the Cass Corridor, Perrault became attuned to local issues of significant importance to the neighborhood’s residents, like the city’s municipal solid waste incinerator near I-94 and I-75.

“I probably called the air quality control — still do — once a week,” says Perrault, who has a 9-year-old son and 14-year-old daughter.

Avalon has made a nice reputation for itself across the region, especially for the bakery’s decision to open at a time when businesses were leaving Detroit. Today, being situated in the thriving Midtown district has, perhaps surprisingly, proved to be a challenging experience.

For years, Perrault says, Avalon strived to emphasize a healthier lifestyle for Detroiters that included a focus on urban farms, organic products, composts, and recycling programs — “to really live differently in a different way that Detroiters were living before.”

The rapid growth in Midtown has been “amazing,” she says, “but it’s been real hard for businesses like ours who would, I think, be able to take advantage of the growth, but really, with the growth of other businesses, and especially another organic source [Whole Foods] coming so close, it’s really made our business smaller.”

Within the first year the grocer opened along Woodward Avenue, Avalon experienced a $350,000 drop in revenue, says Perrault.

“I mean, how do you make up for that kind of drop?” she says. “There’s nothing you can do besides take the loss.” Avalon has been able to persevere thanks to a number of pertinent reasons, the least of which being its delicious fare. Perrault doesn’t flinch at touting this point.

“I think we really do make really great bread, so I think that’s ultimately what makes it work,” she says. “The other stuff that makes it work — I think we put out a pretty good vision for a way of life that is, hopefully, a little different.”

Ryan Felton was born in 1990 and spent the majority of his childhood growing up in Livonia. In 2009, after a short stint at Eastern Michigan University, he moved to Detroit where he has remained ever since. After graduating from Wayne State University’s journalism program, he went on to work as a staff writer...
More
Scroll to read more The People Issue articles
Join the Metro Times Press Club