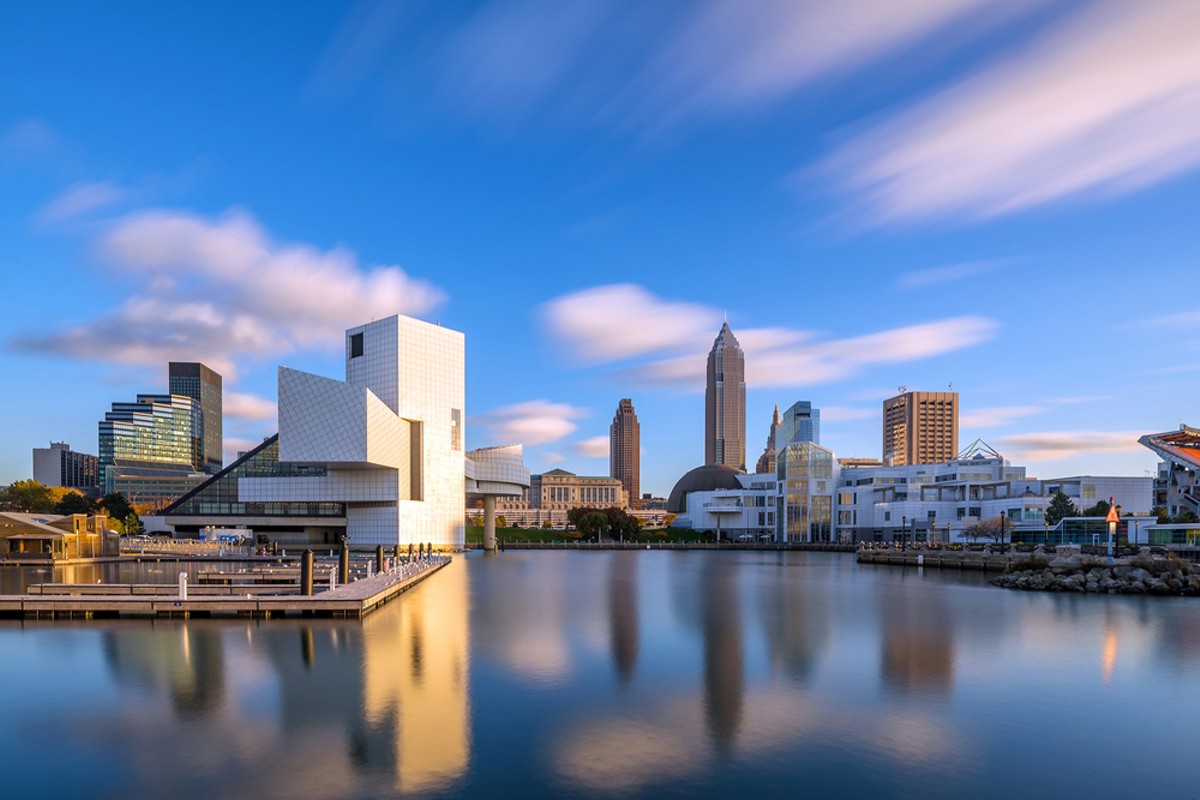 The Rock & Roll Hall of Fame in Cleveland.

The legend of Motown Records is one that is easily recitable to pretty much anyone even half-interested in music: Berry Gordy Jr. borrows $800 from his family, starts a record label, and transforms popular music forever. Motown's music provided exactly what the world needed at exactly the right time: hope, love, and escapism. This music broke racial boundaries, bringing together the normally segregated crowds of the '60s united over a love of music and "The Sound of Young America."

This year, Motown turns 60, and to honor the label's incredible legacy, all 86 members of the Rock & Roll Hall of Fame are headed to Detroit on June 5-7 for their annual board meeting.

"The Rock & Roll Hall of Fame museum is actively celebrating the 60th anniversary of Motown," explains board member Nwaka Onwusa. "Having our board of directors meeting in Detroit — it's not just a meeting, but a celebration of what Detroit's contributions are to the musical landscape in general."

In Cleveland, the Rock Hall of Fame has a large exhibit dedicated to Detroit and its impact on rock music, predominantly focusing on the impact of Motown Records. Motown inductees (so far) include the Temptations, the Miracles, Stevie Wonder, Smokey Robinson, Marvin Gaye, Berry Gordy Jr., the Jackson Five, Michael Jackson, Gladys Knight and the Pips, Martha and the Vandellas, the Four Tops, and the Supremes. The exhibit hosts artifacts like costumes, handwritten lyric sheets, rare handbills from the era, and photographs that were donated by journalists and fans who were active during the height of Motown.

Onwusa says that part of the board meeting will include panels and visits from Motown legends, including Claudette Robinson, the first-ever woman signed to Motown-Tamla records, a member of the Miracles and former wife of Smokey Robinson. While the Rock Hall of Fame board will be discussing their own future during the board meeting, their visit to Detroit is just one of the many accolades and recognitions that Motown has received since the beginning of its celebratory 60th year.

Among them was this year's Grammy segment solely dedicated to Motown called "Motown 60: A Grammy Celebration," which included interviews with Motown legends and performances from past and present pop music icons. "We set out to make music that all people could love," Smokey Robinson told the Recording Academy, "and so, it's happening, it's been happening."

Additionally, the Motown Museum is undergoing a $50 million expansion project, which is set to include state-of-the-art recording studios and a live performance venue. The expansion is a long-overdue homage to "Hitsville, U.S.A.," the original site of the industry-changing label, which moved its headquarters to Los Angeles in 1972. However, Motown Records A&R Manager Damien Aubrey says that Motown is still very much connected to its Detroit roots.

Aubrey also says that Motown's legacy is very much alive in the label's current roster of signed artists, and will be for years to come. "I personally believe the legacy in the last 60 years has been opportunity, giving creatives a chance to build and create their own legacy," Aubrey says. "The current roster embodies this with partnerships with labels like Quality Control, PlayTooMuch, Blacksmith, and Since The 80s."

Whether in Los Angeles or Detroit, it's clear that the impact of Motown is far from over — and its pioneers continue to set the stage for artists to follow, in life and after.

Disclosure: Dan Zelman, father of Euclid Media Group CEO Andrew Zelman, is on the board of the the Cleveland Rock & Roll Hall of Fame Museum.