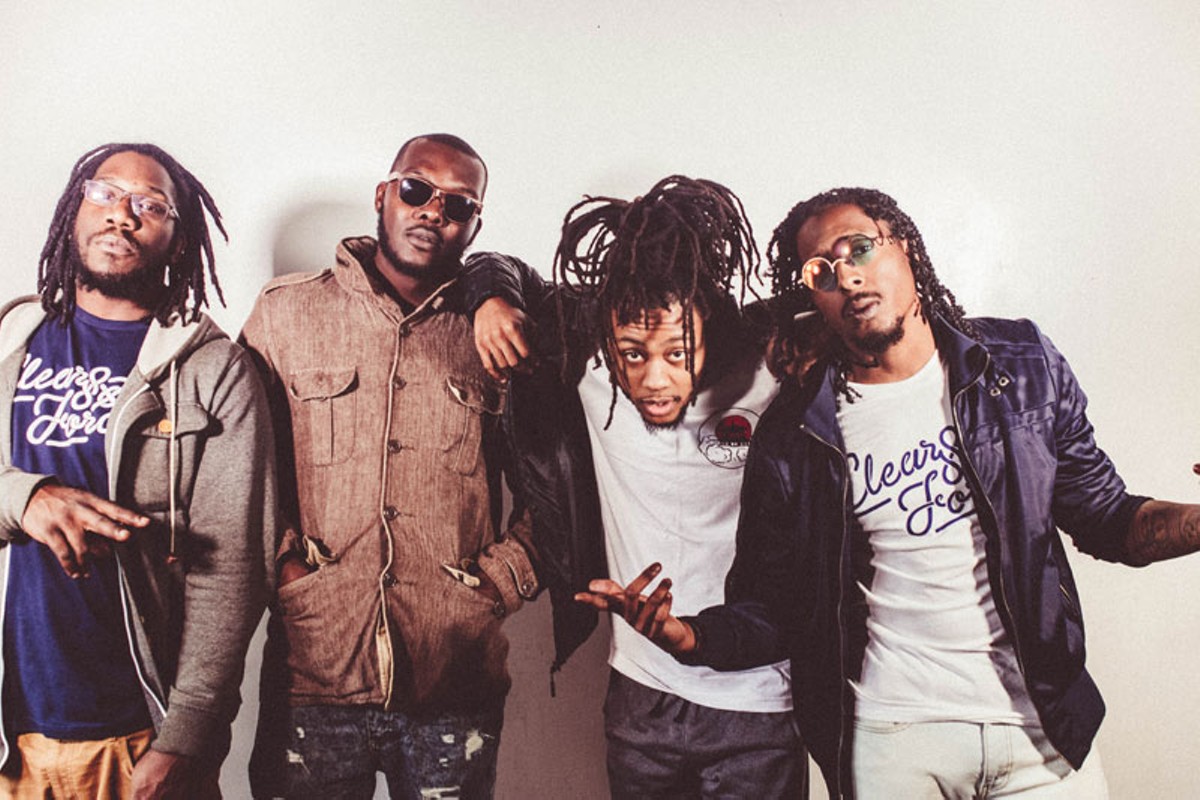 Back in 2012, Clear Soul Forces burst onto the scene with the release of their first album, Detroit Revolution(s). The four members in the group — Noveliss, L.A.Z., E-Fav, and Ilajide — hit the ground running with hard-hitting beats and endless punchlines, and were lauded as the next generation of Detroit's storied underground hip-hop community. The success of Revolution(s) led to a European tour and respect from die-hard rap fans the world over, but it wasn't necessarily a guarantee that CSF would do more than release an acclaimed first album.

Turns out there's more where that came from.

In the five-plus years since CSF came on the scene, the group has released multiple EPs and two more full-length projects: 2013's Gold PP7's and 2015's Fab Five. In the last three years, each CSF member has released solo albums, collaborated with other artists, and continued to develop their skills. The goal, however, was to eventually release another CSF album — the timing just needed to be right.

"The period when we were releasing our solo projects was meant for us to grow on our own," says E-Fav. "We make music differently as a group, so it's great to be doing that again."

On Friday, CSF return with their newest record, Still. Released via Fat Beats Records, the album is 11 tracks of pure Detroit hip-hop. Produced entirely by Ilajide, Still keeps the boom-bap tradition alive and moves it forward. "Some of these beats on the album have been in the CSF stash for a few years now, and some of them are fresh out the oven," Ilajide says. "It's never set in stone what beats are going to make the album. I feel like I'm at a way better place with my beats right now. I've evolved and I've grown and I'm excited to be able to showcase that."

Lyrically, the album is full of anime and comic-book references, shots at white America, boasts about the members' skills on the microphone, and more. Throughout the album, the group moves as one — effortlessly trading verses back and forth with each other. "We're making history just by being present," says L.A.Z. "It ain't nobody doing this like we are. I just know that positive shit is going to come from (the release of Still). Opportunities and whatnot. I'm looking forward to capitalizing on that and keeping the momentum going."

"Our new album is dope," Noveliss says. "I'm excited for the world to hear us collectively on a project again. Being a rap group in 2019 is cool. It's definitely a rarity now. Not in the sense of dudes being a collective, but in the sense of teamwork and cohesiveness — which is what we practice and offer."

When we spoke with the group by phone, they were driving from Los Angeles to Seattle while on tour to promote the album. After Seattle, they performed in Albuquerque, Houston, New Orleans, and other cities across the country. CSF will finish the tour with a final performance in Detroit on Thursday at Deluxx Fluxx.

Going on a U.S. tour is a definite milestone for any underground hip-hop group, especially when it's put together independently.

"We were way more hands-on this time around," says L.A.Z. "The European tour was done with a booking agent, and it's almost like it's done in the dark. People sending emails with flight information and flyers and you just show up without any idea of what's happening. This U.S. tour was self-powered. You're building it yourself, as opposed to just being given something."