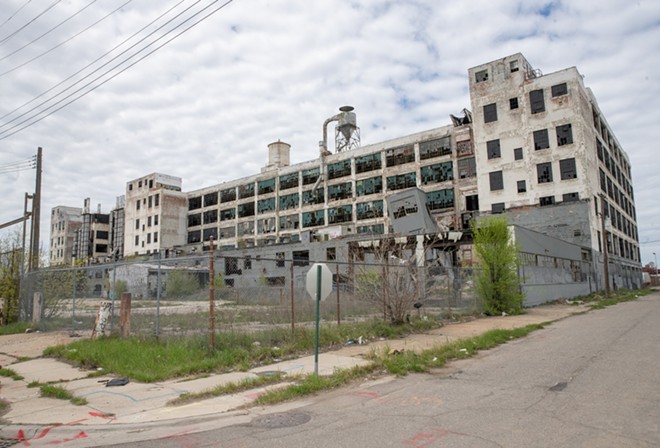 Shutterstock
Fisher Body Plant No. 21 in Detroit has been vacant for nearly 30 years.

The hulking, abandoned Fisher Body No. 21 plant in Detroit has long been a symbol of the city’s industrial decline.

If all goes as planned, that's about to change.

Dubbed the largest Black-led development in the city’s history, a recently announced $134 million project calls for transforming the decaying, six-story building into a large mixed-use building with 433 apartments, 28,000 square feet of commercial and retail space, and 15,000 square feet of co-working space. At least 20 of the units will be considered affordable housing.

With sweeping views of downtown and New Center, the building’s 2-acre roof is planned to include a quarter-mile walking track, indoor lounge, and fitness center. 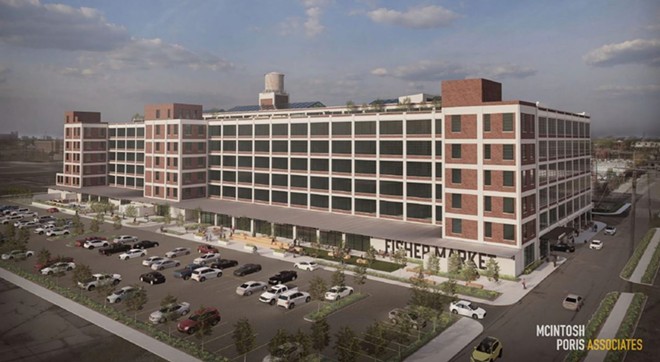 McIntosh Poris Associates
Rendering of the project to redevelop Fisher Body Plant No. 21

“For almost 30 years, Fisher Body 21 has loomed over the I-94 and I-75 interchange as an international poster child for blight and abandonment in our city,” Mayor Mike Duggan said at a news conference Monday. “For much of that time, demolition seemed like the likely outcome because the idea of finding a developer willing to renovate and reuse it seemed impossible.”

The Black-led development team of Gregory Jackson of Jackson Asset Management and Richard Hosey of Hosey Development is working on the project with Lewand Development. McIntosh Poris Associates designed the redevelopment.

"This project is being done by Detroiters and for Detroiters,” Jackson said. “This project is proof of the potential of Detroit, its spirit, and its people. We are honored to become stewards of this forgotten piece of the city’s storied past and turn it into a key piece of its future, bringing catalytic investment, quality housing, and destination retail to this proud neighborhood.”

If the Detroit City Council approves the project, construction could begin next year and be finished in 2025.

With dozens of large, abandoned buildings in Detroit, the project “will become a road map” for future redevelopments, Hosey said. 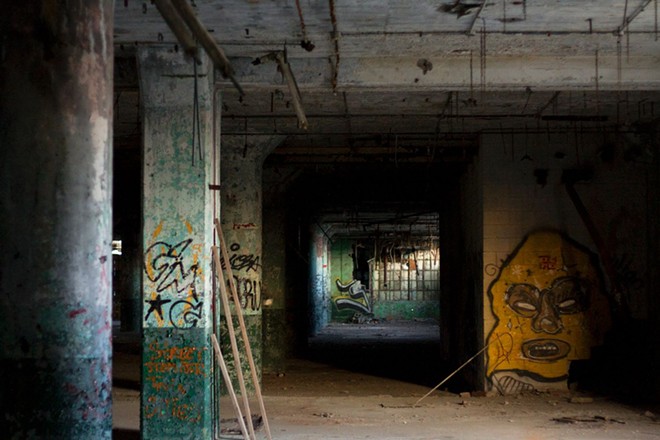 Steve Neavling
Inside the Fisher Body Plant No. 21 in Detroit.