Amanda Palmer's fans will let her do whatever she wants 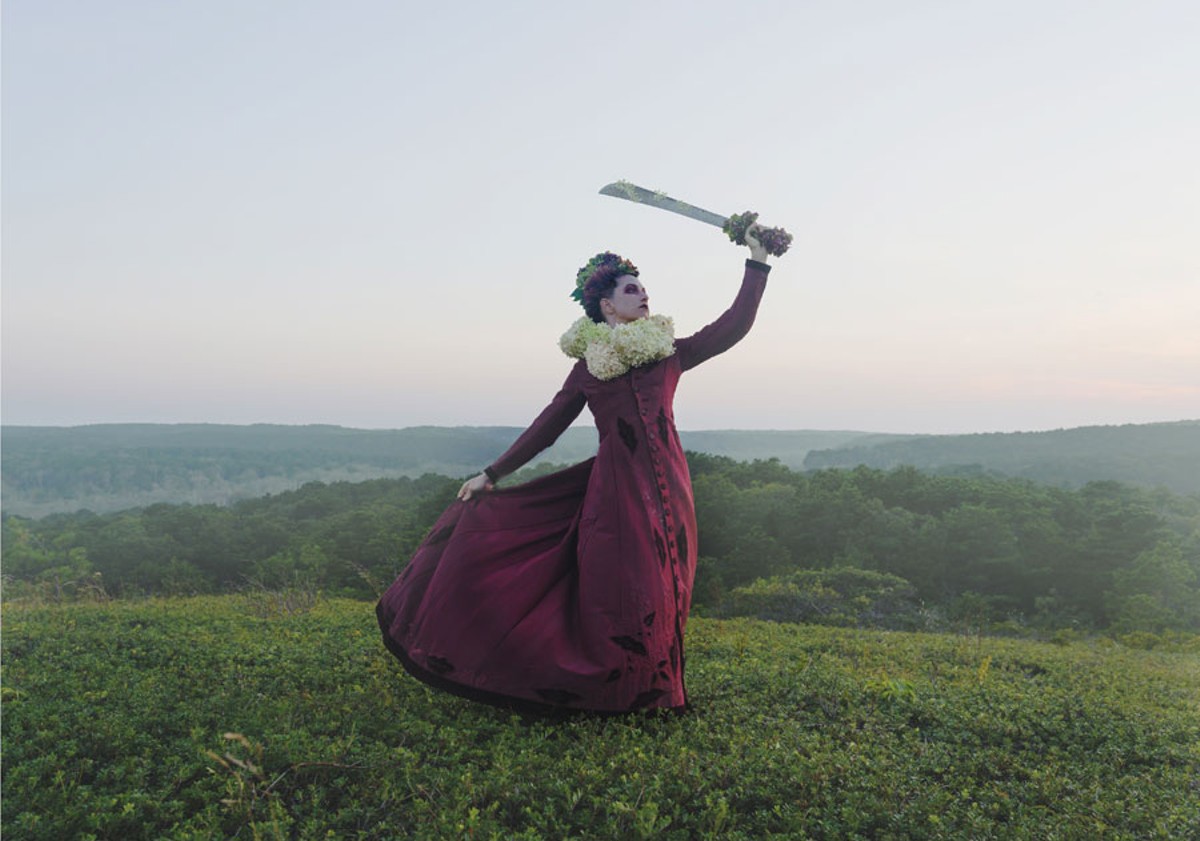 Amanda Palmer is a sick fuck. This is how she describes herself amidst an emotional hangover following a "surreal" listening party and sleepover for her latest record in the Catskills. She is also one of the most hated women on the internet, or at least she was, and has become as polarizing of a feminist figure as Lena Dunham. And if you follow her on social media, one could assume she cries every day (something she shares with Dunham's internet presence).

For the uninitiated, Palmer is formerly one half of the now-dissolved cult cabaret punk duo Dresden Dolls, and now a solo artist, writer, and unofficial queen of career crowdfunding, who once had a Facebook group dedicated to her eyebrows. She's also a retired street performer (Palmer performed as a living statue in Harvard Square, handing out flowers in exchange for meaningful eye contact with strangers; this story is the focus of her viral 2013 TED talk "The Art of Asking" — which would inspire her 2014 collection of essays of the same name). Oh, and she's married to graphic novelist and author Neil Gaiman, with whom she shares a child.

Palmer's latest record, There Will Be No Intermission — her first solo record in seven years and a fully crowdfunded follow-up to 2012's fully crowdfunded Theatre Is Evil — is Palmer at her most demanding, which might be hard to believe based on everything we know about the 42-year-old artist. In the album's press release, its themes are described as spanning "miscarriage, cancer, grieving, and the darker side of parenthood." And to her credit, the album is about all those things, and quite obviously. On the record she also covers topics like young adult author Judy Blume, the rabbit hole that is social media, and loaning things to friends that were never returned to her.

But if you can separate the music from Palmer — who was called a "deluded and opportunistic narcissist" by Gawker after she penned a poem empathizing with Boston Marathon bomber Dzhokhar Tsarnaev, and was also skewered for putting a call out to musicians to perform as part of her band in exchange for "beer, hugs/high fives" — There Will Be No Intermission proves a stunning diarial journey through the complexities of womanhood.

"This record was written more or less in real time," Palmer says. "The course of my last seven years has been pretty relentless."

The way Palmer sees it, "As you age, you simply have more dots to connect from your collected experiences," she says. "In the case of a song like 'Voicemail for Jill,' I had my first abortion when I was 17, but then I had two in my thirties. And then I gave birth and then I had a miscarriage. And by the time I was through all of those experiences, I just had a way more multifaceted perspective on what that abortion at 17 meant. In a way, you know, the abortion that I had at 17 was the simplest. You simply did not drop out of high school where I came from to have a baby. Whereas very deliberately choosing an abortion as a woman in her mid-thirties with a stable income and a marriage — way more complicated."

"Life's such a bitch, isn't it?/ When you have a baby they throw you a party/ and then when you die they get together for a cry/ But no one's going to celebrate you, no one's going to bring you cake," she sings on "Voicemail For Jill," a song she hopes will help "chip away at the silence" surrounding abortion or loss, going on to say that breaking that wall women have built within themselves is the "sharpest political tool in our arsenal."

"So many women feel like they should be able to just endure and withstand abortion as if it's no big deal and you're just going in to get a wart removed," she says. "But that is not what it is. Like any other crossroads in your life, it's still a decision that you will have always made — you carry it with you. Even if it's a decision that you really stand behind as I do."

Does Palmer ever wonder what would have happened if she had kept those pregnancies? Absolutely. But she wouldn't change the curiosity she has about it, either. "What makes us imaginative and creative is that we always live in a realm of past and future," she says. "You know, we aren't robots. We're profound emotional kaleidoscopic mammals."

Since leaving her label Roadrunner Records 10 years ago, Palmer has been running in the opposite direction at full speed and has been successful in doing so, thanks to the crowdfunding platform Patreon. Unlike Kickstarter, which Palmer used to fund Theatre Is Evil, Patreon acts as a subscription service for creatives, where fans can commit to monthly payments to access exclusive content. For Palmer, her patrons can give as low as $1 for digital downloads. Under the description for highest tier, $1,000, Palmer writes: "WTF. We'll talk. We'll have dinner. I will probably cry. You may cry. All the things, pretty much. Thank you (holy shit the end)." According to numbers Palmer's team provided to Billboard last year, 20,600 patrons have funded Palmer some $1.58 million over the course of three years.

"It's taken me 10 years to actually really shake off a lot of the shackles of the music industry that I had internalized: 'How will I sell this record? How will this play at radio? Will people actually want to listen to this music? Will they buy it?'" she says. "I don't need to sell music anymore. I have Patreon. Anything I create is preapproved and prepaid and it's insanely liberating."

For Palmer, it's also demanding. She explains that leaving a label means having to be a boss. She spends a lot of her time "reading emails, approving things, taking meetings, and running a staff" — all responsibilities that are usually left in the hands of record executives. When asked about those who have criticized her crowdfunding efforts — which includes producer Steve Albini, who blasted Palmer for the "absurdly inefficient" way she spent the $1.2 million she raised for Theatre Is Evil — she says it's more than strangers simply giving her money. It's a two-way investment. Which means she has to spend a lot of time on the internet.

"I'm part rockstar, but also part internet anthropologist, and I have seen what happens when I post a lipstick selfie in front of a brightly colored wall with nothing particularly interesting to contribute versus [posting] a photo of myself in bed looking a little bit despondent, talking about the fact that my best friend is about to die from cancer," she says. "And I will let you guess which one gets more likes."

"But I refuse to choose the lipstick over the chemo," she says. "I refuse to let the algorithms dictate what kind of truth I want to reveal about what was happening in my fucking life."

In an attempt to further disrupt the algorithms, Palmer has curated a stage show that is part concert, part storytelling, part — you guessed it — sob fest that clocks in at over three hours long. In fact, the title There Will Be No Intermission came from a trial run of this very stage show during which a fan declared, "Amanda, I have to pee!" after the performance crossed the two-hour mark. Palmer refers to that moment as a "perfect metaphor for human life."

"I know my fans, my audience, the people who generally know what to expect coming to an Amanda Palmer show, know that anything goes and that I can be quite emotional and very frank and that I go for the jugular all the time," she says. "But they also really trust me not to ever take them into the dark and leave them there. It's something that I never really do in my music. I don't like doing it at my shows because I don't like it done to me. I just think that as an artist, especially female artists in 2019, part of my job is to show people the dark, but also arm everybody with a lightsaber."