Review: The story of 'White Boy Rick' is big — maybe too big 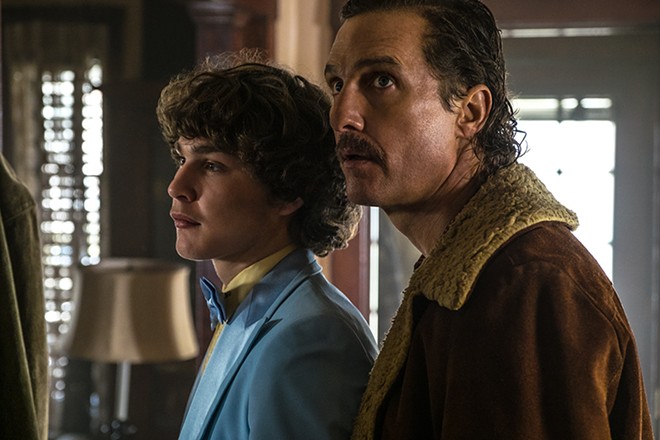 Richard Wershe Jr., better known as “White Boy Rick,” had been largely forgotten until a 2014 magazine article reacquainted many with the strange tale of the Detroit boy who, in the mid-1980s, became a drug kingpin and FBI informant before reaching the ripe age of 16.

But Detroiters never forgot. And White Boy Rick, the new crime drama from French director Yann Demange, captures the urban decay, drug scourge, and gun violence that epitomized the city in the 1980s. Sharp-eyed viewers will be able to tell most of the movie was filmed in Cleveland — with only glimpses of Detroit itself — but the production design is otherwise impressive and, when combined with the pitch-perfect performances, overcomes a screenplay that is somewhat uneven, especially in its final act.

Wershe lived with his sister and “low-life” but well-intentioned father in a bedraggled house on Hampshire Street. While his dad sold illegally modified weapons, Rick palled around with drug dealers. Because almost all of them were black, Rick acquired the “white boy” moniker.

But the FBI was onto his dad’s scheme, threatening to prosecute him if he didn’t inform on his crack-peddling, murderous customers. It was Rick who chose to cooperate, tempted by the payments promised him by the FBI — but instead of being a path out of poverty and violence, it was the first step down a path of tragedy.

The story is surprisingly big — too big for a teenager, and too big for the screenplay. Perhaps that’s why it took three writers (Andy Weiss, Logan Miller, and Noah Miller) to cobble it together. But multiple writers often lead to messy scribbling, and that is occasionally the case here, as the meandering script has a tough time transitioning from an emotionally uplifting second act to an event-packed, heartbreaking finale. Still, some of the dialogue is superb, and Demange — in just his second feature, following ’71 in 2014 — manages to draw drama and a surprising amount of comedy from moments that might have fallen flat in the hands of a less-skilled director. Sure, it departs from the facts slightly, but that is forgivable because it captures the story’s spirit.

White Boy Rick is driven by its actors. As Rick, Richie Merritt makes an astonishing debut, capturing the emotional angst and pride of his character in hyper-realism. As his dad, Matthew McConaughey delivers another powerhouse performance that might land him a supporting-actor Oscar nomination. Their chemistry is evident in a scene in which they confront their own expectations: When his dad observes that their lives have turned out OK despite Rick’s sister’s drug abuse and a shooting leaving him seriously injured, Rick remarks, “Your daughter is a junkie, and I’m shitting into a bag.”

As the aforementioned sister, Bel Powley (The Diary of a Teenage Girl) exudes wide-eyed hopelessness. (Her depiction of addiction, and McConaughey’s reaction, will stick with you, though her story seems sandwiched between other plots.) As FBI agents, Jennifer Jason Leigh and Rory Cochrane are utterly believable, even if their characters are composites. Jonathan Majors (Hostiles) is scene-stealing as a gang leader, newcomer Raekwon Haynes is effective as Rick’s gang buddy, and Bruce Dern and Detroit native Piper Laurie are memorable as Rick’s grandparents, though the latter two have little to do. 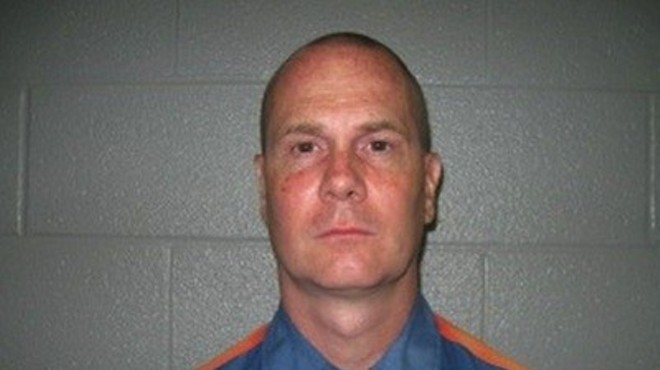 No moment is more illustrative of lost innocence — both Rick’s and Detroit’s — than Rick’s attraction to an enormous, yellow, plush duck. Intended as a gift for his sister, the stuffed animal accompanies Rick along the hardscrabble streets, past the burned-out buildings. And when he finally presents it to his sister, the two are seen, if only briefly, not as gun-toting, cocaine-snorting criminals but as children denied their childhood.