The play takes place during the 1967 Detroit Rebellion, but themes of racial divide and police brutality are still relevant 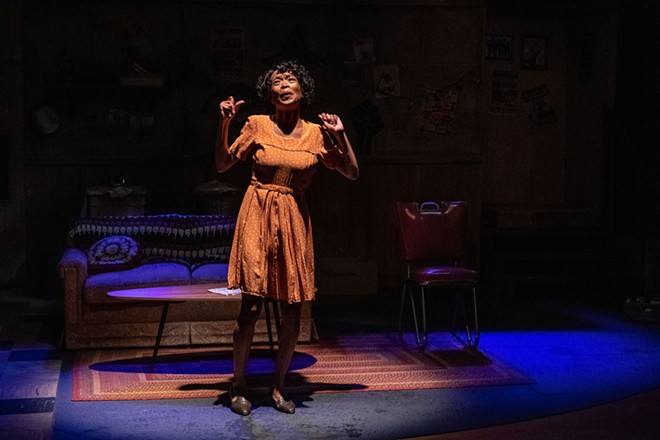 The national guard is being sent to quell protestors. Innocent Black men are being shot dead in the streets by police with no regard for their humanity. Small businesses are being burned to the ground in the chaos, but who is setting the fires — rioters or the police?

Is this 2022 or 1967 we’re talking about? It could very well be both, which is what makes Dominique Morisseau’s play Detroit '67 so powerful. The play is being performed at the Charles H. Wright Museum of African American History in partnership with the Detroit Public Theatre until June 5.

Detroit '67 takes place at an after-hours party spot in the basement of Chelle and Lank Poindexter’s childhood home. While Chelle is comfortable keeping the lowkey (and illegal) joint going, Lank and his friend Sly have bigger dreams of buying a legit bar.

Things start to head south after Lank and Sly rescue a white woman they find on the side of the road who’s obviously just had the crap beat out of her. The mysterious woman has no family to call and nowhere to go, so they let her stay in the basement despite Chelle’s protest.

Meanwhile, tensions have erupted between Black residents and racist police who want to prevent Detroit from becoming a “negro city.” Thus, the Detroit Rebellion of 1967 begins.

And you better not call it a riot. The play makes it very clear that Black Detroiters weren’t just causing an uproar and tearing up the city for no reason. They were fighting back against a racist, violent, and oppressive police presence. 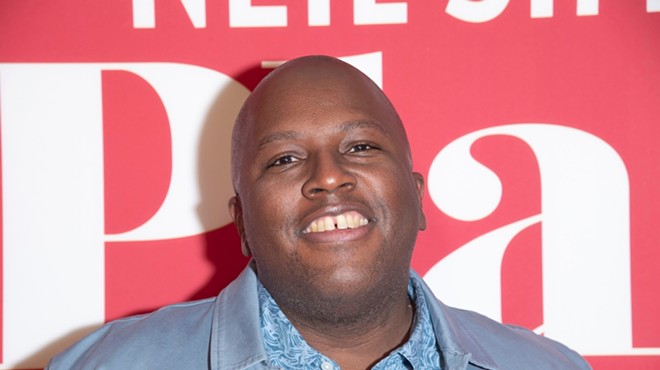 To avoid any real spoilers, I’m gonna leave the plot summary at that. You’ll have to see the play yourself to find out what happens.

Though the play takes place during the rebellion, the audience never actually sees it happening. We only get to see what happens in the Poindexter basement during the characters’ short reprieves from the chaos unfolding outside. Sounds of the uprising and police lights occasionally flashing onstage help paint the picture.

But the rebellion itself isn’t the point of the play. The point is how the families of victims of police brutality are left to pick up the pieces following their loss. It’s how the media and authorities choose the narrative, painting victims as thugs and aggressors rather than entrepreneurs, dreamers, mothers, or brothers. 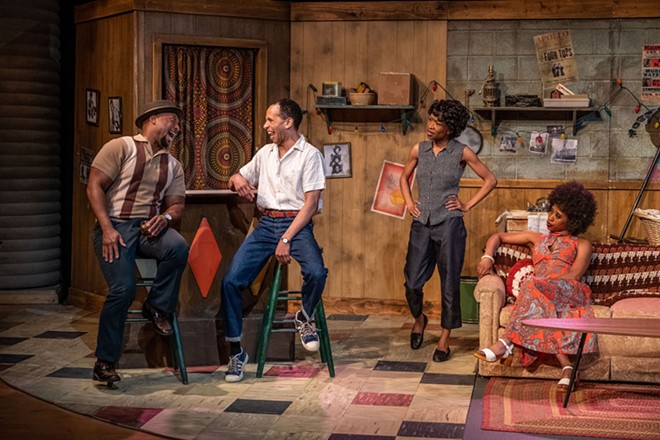 It’s coming to terms with Black people and white people living in very different realities even as they experience the same moment in time together. And at the same time, it’s how some Black folks are stuck in the victim mentality, too crippled by oppression (both real and perceived) to even dare dream of a better life.

There are lots of lessons to be learned from the play, and it can be a bit heavy. I’m not exaggerating when I tell you tears were streaming down my face by the end. But I also haven’t laughed that hard in a long time. That’s the beauty of both the writing and the acting in Detroit '67. It’ll make you laugh out loud one moment and cry the next, followed by the urge to sing along with its brilliant Motown soundtrack.

Throughout it all, the most important theme of the play is hope, according to Edmund Alyn Jones who plays Lank.

“We still find joy in life,” he tells Metro Times. “We still keep going. The beat goes on. We don’t quit.”

The show opens with Chelle telling her record player it better act right after her 45 of the Temptations' “Ain’t Too Proud to Beg” keeps skipping. It’s not only a great introduction to the characters’ humor, but it’s also a nod to Morisseau’s Tony Award-nominated musical Ain't Too Proud – The Life and Times of The Temptations.

At an evening preview last week, the cast of Detroit '67 received a well-deserved standing ovation for taking the audience through a rollercoaster of emotions.

Jones says he takes a moment at the end of every show to acknowledge all of the people that have been lost to police brutality.

Detroit ’67 will be performed at the Charles H. Wright Museum of African American History; 315 E. Warren Ave., Detroit; 313-494-5800. Tickets are available at detroitpublictheatre.org. They start at $45 for general admission. Proof of vaccination is required and all audience members must wear a mask for the duration of the performance. The play runs through June 5.