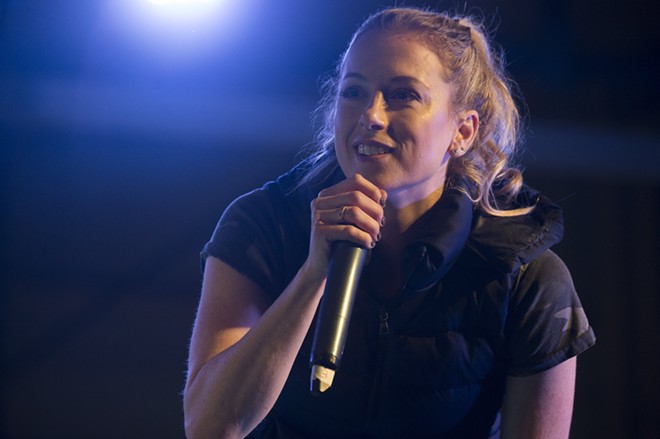 Chairman of the Joint Chief of Staffs/Flickr Commons
Iliza Shlesinger will spill the come-tea at the Crofoot on July 25.

Hell hath no fury like a woman scorned … or a woman in comedy with the power to drag a lying piece of shit ex-boyfriend with a Netflix movie that spills all the tea.

Comedian Iliza Shlesinger has been making the transition from stand-up to big screen to streaming and her latest, Good On Paper, a movie she wrote, stars in, and cleverly dubbed a “rom-con.” The 2008 winner of Last Comic Standing has five Netflix comedy specials under her belt, all of which showcase Shlesinger’s raw, truth-telling musings on things like the dangers of overplanning for weddings and funerals on Pinterest, the horrors of being sexually harassed, and party goblins, the pesky creatures sleeping in the back of our brains that are responsible for all of our bad drunk decisions. We’ll drink too much to that!