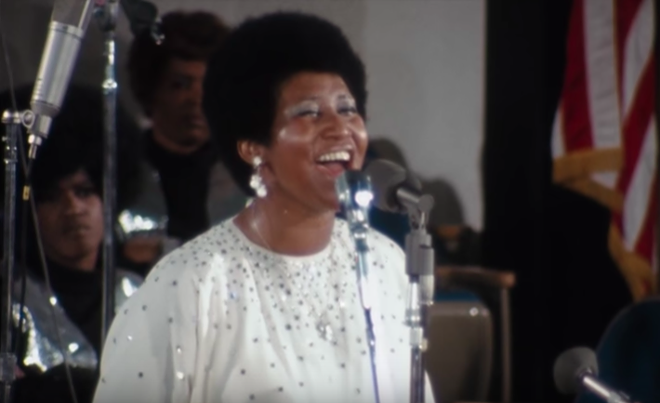 A 1972 Aretha Franklin concert film will premiere in Detroit on Monday after being shelved for nearly half a century.

The film, entitled Amazing Grace, documents the Queen of Soul during a two-day recording session at the New Temple Missionary Baptist Church in Los Angeles. The film features few remarks from the 29-year-old Franklin, as she stands at the pulpit singing to the congregation who are moved from tears to joy.


The new film, directed by the late Sydney Pollack, was originally scrapped due to technical issues but has been recovered thanks to new innovations in digital technology. After several false starts to release the film in 2011, 2015, and 2016, Amazing Grace is finally getting its big screen debut.

Amazing Grace will premiere on Monday, March 25 at the Detroit Institute of Arts' Film Theatre on what would have been Franklin's 77th birthday. Limited tickets have been distributed by the DIA, the Charles H. Wright Museum of African American History, and Freep Film Festival, Freep reports.

The film will receive special screenings in select markets before being distributed across 1,000 theaters nationwide on Friday, April 19.