What about the patients? 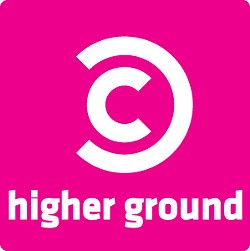 When it comes to medical cannabis, there is a lot of attention paid to legal issues: Is it legal? Who can have it? Where can you have it? How much can you have? Can you buy it? Can you sell it? What’s legal? What’s not?

There’s a reason for this uncertainty: Cops keep busting people, and prosecutors keep trying to shut down their operations and put them in jail.

It seems that folks in law enforcement can’t change their thinking; this is a medical issue that’s still being addressed with a drug-war mentality.

This kind of approach isn’t just wrongheaded: it is incredibly hurtful. Instead of limiting access and making people jump through hoops before they can get relief from their ailments, the primary concern should be about helping patients at every level possible.

“The focus on businesses and whether they are legal has not put patients and their needs in the forefront,” says Brandy Zink, director of the Michigan chapter of Americans for Safe Access. “This is not criminal defense; this is patient advocacy. We need our Legislature to become patients’ advocates.”

Are some people abusing the system? Probably, but those people should not be the focal point when determining regulation and use. It should be the patients.

Here’s one way to look at it: New drivers pretty quickly figure out that most people break traffic laws on a regular basis. They drive too fast. They don’t come to a complete halt at stop signs. They switch lanes without signaling. As a result, there are horrible traffic fatalities every day — about 32,000 per year in the United States. Yet no one is calling for an end to driving.

Here’s another example: Millions of families serve wine or other alcoholic beverages to their underage children on special occasions. And many Christian churches serve small amounts of wine to underage people at Sunday services. I seriously doubt that the drink many have to celebrate their 21st birthday is their first. In many social situations it’s normal to have someone shove a drink into your hand. If everyone else is drinking, the peer pressure to imbibe is tremendous. Yet 2 million people are diagnosed with alcoholic liver disease in the United States each year, and 27,000 people die from it. And there are numerous other ailments directly associated with alcohol use, from heart disease to high blood pressure and dementia. Nobody dies from toxic marijuana poisoning. There are problems associated with marijuana use, but none of them are inherent in the plant the way that they are with alcohol and tobacco — two substances that are in common and legal use in the United States.

The biggest blockade against the medical use of marijuana is the U.S. Drug Enforcement Agency’s official designation of marijuana as a Schedule 1 drug with no accepted medical use. That pretty much cuts most scientific study off at the knees. How can anyone claim a medical use for marijuana when the government says there is none? It certainly stops almost any nongovernmental study from getting funded. And almost all government studies are looking for the bad effects of marijuana on adults. So far they haven’t found much.

Mostly there are government contradictions. The same government that says there are no medical applications for marijuana has been running the Compassionate Investigative New Drug Program since 1976. There were 13 patients in the program when the government closed it to new applicants but continued to provide about 300 joints per month to each patient. Today only four of them are still alive, but they continue to receive their federal pot, grown at the University of Mississippi.

Not only is the government supplying medical marijuana to patients, but since 2003 it has held a patent titled “Cannabinoids as antioxidants and neuroprotectants.” The patent claims finding “cannabinoids useful in the treatment and prophylaxis of wide variety of oxidation associated diseases …” Cannabinoids are active substances in marijuana, such as THC and CBD, that have effects in the human body.

A third piece of evidence belying the government position comes from the National Cancer Institute (NCI), a component of the U.S. National Institutes of Health. In 2011, the NCI posted a notice on its website that concluded: “Cannabinoids appear to kill tumor cells but do not affect their non-transformed counterparts and may even protect them from cell death.”

Marijuana is indeed medicine. That said, starting this week, the next few Higher Ground columns will focus on the medical end of cannabis. I will be looking at what people are using it for and the results they claim to be getting. I’ll still report legal issues as they arise, but not in depth unless something really, really big happens.

Under the Michigan Medical Marihuana Act, the conditions that qualify a patient to use the plant are: cancer, HIV/AIDS, glaucoma, hepatitis C, ALS, Crohn’s disease, agitation of Alzheimer’s disease and nail patella syndrome, and a chronic or debilitating disease or medical condition that produces nausea, wasting syndrome, severe or chronic pain, seizures and muscle spasms.

A panel convened by the state Department of Licensing and Regulatory Affairs (LARA) is considering adding Parkinson’s disease and Post Traumatic Stress Disorder to the registry. During a meeting in January, the panel recommended Parkinson’s but rejected PTSD. However, the final vote won’t be until late March.

Dave Brogren, president of Cannabis Patients United, a nonprofit dedicated to maintaining the core principles of the MMMA, sits on that panel. Early on after the MMMA was passed, Brogren was active in the demonstrations around what many saw as officials trying to subvert the act. But he wasn’t comfortable with the way some of those things went, so he and a few others organized CPU in order to more quietly work on the issues.

“I thought my place was better being on the panel and dealing with legislative issues than being an activist,” Brogren says. “Those are all positive things you can do to help patients.”

CPU is not one of the groups you will see officially at public demonstrations, although some of its members might be there. The group takes no official position on many of the issues being fought over, such as dispensaries and pending legislation, and generally doesn’t speak to the press.

Here is his description of the process the panel took in considering Parkinson’s disease and PTSD.

Some weeks before a meeting each panel member receives a binder with the petition for adding a condition along with supporting materials, generally a few hundred pages, such as studies and anecdotal evidence.

For the doctors on the panel the “scientific studies aren’t good enough because they’re usually not American,” Brogren says.

The panel meets after members have had time to review the materials and takes a preliminary vote on the condition, then it hears testimony from patients and others concerned with the condition. It seems weird to me that they vote before hearing any testimony, but the preliminary vote is not final. In the case of PTSD the panel voted 4-3 against adding it, with two members abstaining. However, after hearing testimony, one of the members who abstained wanted to reopen the vote.

“This nurse testified and her testimony was just haunting,” Brogren says. “She had seen so much trauma she couldn’t sleep any more. The marijuana helps her sleep.”

However, under Roberts Rules of Order, the vote could only be reopened if a member of the winning side requests it. The vote stands until a final vote is taken in late March. Even then it’s not binding. Ultimately the head of LARA decides whether to add the condition to the registry. In the meantime, the state panel has received petitions to consider adding asthma and autism to the MMMA registry. Those will be considered at upcoming meetings.

Most of the medical uses of cannabis are to alleviate symptoms associated with disease or side effects of the treatments for some illnesses. But as the NCI statement reports, there is growing evidence that the plant may be helpful in curing some cancers. In the next Higher Ground I’m going to discuss some of the science that has concluded that, and look at Simpson oil, the substance that some folks claim cures cancer, and talk to a couple of local patients who are using the oil.

Larry Gabriel is a writer, musician and former Metro Times editor. Contact him at [email protected]