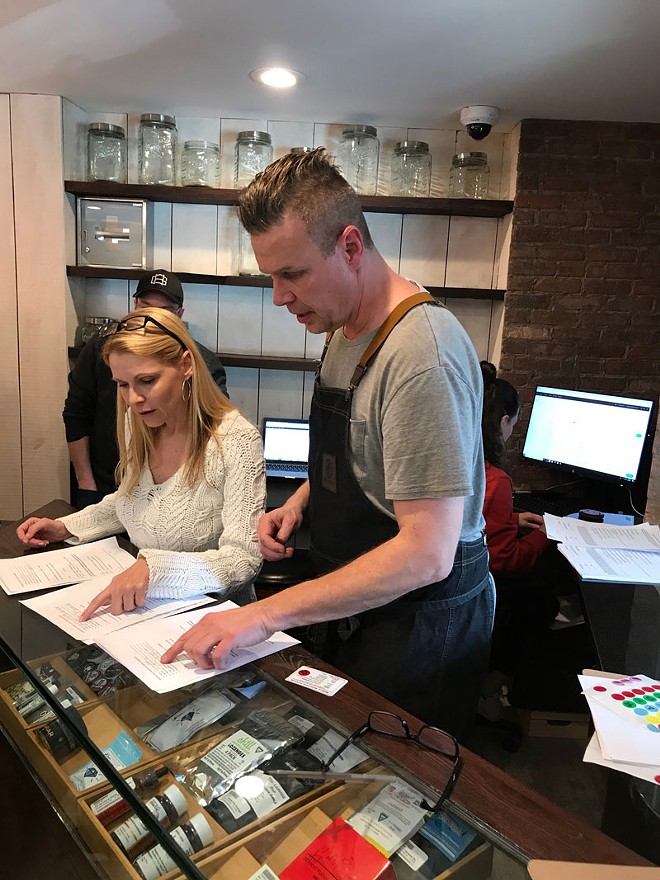 After seeing photos of the long lines when stores started offering recreational marijuana in Ann Arbor earlier this month, Millen, a former sportscaster, says he's bracing for a surge of customers.

"You always get nervous when you throw a party, you're like, 'I hope people show up,'" he says. "But I'm sure since we got weed, everybody's going to show up."

To that end, he says he plans on setting up a big heated tent so his vendors can interact with customers and educate them about their products. Many of the customers, he believes, will be new to marijuana. Plus, he wants everything to be as comfortable as possible.

"You know, it'll be their first impression," he says. "I don't want people to get all upset."

"There's a shortage of cannabis already," he says. "The big thing for me is I want to make sure that the medical patients are taken care of first. I started this to get into medical and to help people, and that's always going to be my priority."

Right now, recreational marijuana sales are only available in a handful of stores across the state, including three in Ann Arbor (Arbors Wellness, Greenstone Provisions, and Exclusive Brands). Detroit has banned recreational sales until Jan. 31 while the city irons out a social equity plan, according to Councilman James Tate. Meanwhile, Ferndale is taking applications for licenses until March 1.

According to the Michigan Marijuana Regulatory Agency, recreational marijuana dispensaries in Michigan made $1.6 million in sales in the first eight days of being legal, translating into $270,414 in new taxes for cash-strapped local governments and the state.

Curious about cannabis? You can revisit our 4/20 issue, the beginners guide to marijuana.