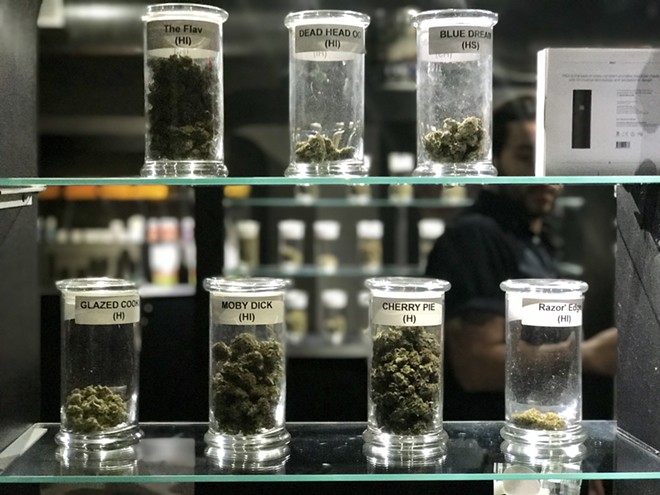 The now-defunct Bureau of Medical Marijuana Regulation board denied their applications after the "consideration of the integrity, moral character and reputation of the applicant" and because Samona’s criminal history was not disclosed.

However, a representative for Samona tells Metro Times that Samona pled guilty to one count of disorderly person, and some of those cases have been expunged.

The representative says Medical Marijuana Regulation board approved applications for other co-owners of Wild Bill's, and Oasis appealed the denial to the Department of Licensing and Regulatory Affairs. The judge ruled in favor of Oasis, stating the group "is clearly and convincingly qualified and suitable for licensing" on the grounds the offenses were many years ago and Samona has operated Wild Bill’s with no issues for more than 15 years.

The pair paid $228,000 in nonrefundable fees for the applications.

Updated Friday, Sept. 13: This story was updated with additional information from Samona's representative.