Smoking good old-fashioned flower is the best way to ingest cannabis for pain relief, according to study 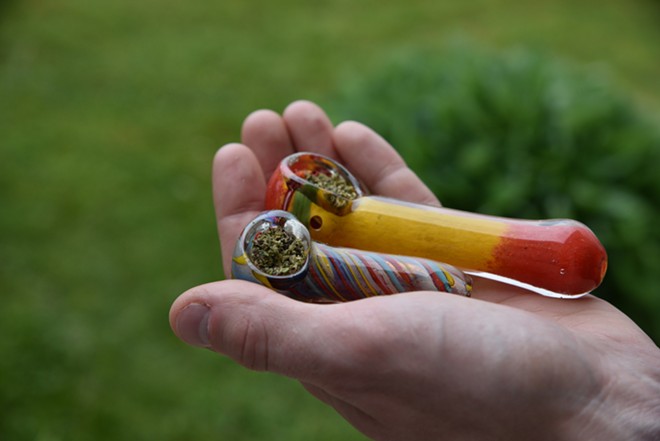 Smoking marijuana flower is the most popular method of ingesting cannabinoids. It's a simple, time-honored, and quick method of delivery. Within minutes after ingesting smoked marijuana the user can feel the desired effect. At least that's the case for people who want to get high.

It also seems to be the case for people who use it to manage their pain — according to the results of a new study published in the journal Complementary Therapies in Medicine.

Researchers from the University of New Mexico found that, “Whole cannabis flower was associated with greater pain relief than were other types of products, and higher tetrahydrocannabinol (THC) levels were the strongest predictors of analgesia and side effects prevalence across the five pain categories.”

The article, titled "The effectiveness of self-directed medical cannabis treatment for pain," went on to conclude that "Cannabis flower with moderate to high levels of (THC) is an effective mid-level analgesic."

Despite the rush to isolate the non-psychoactive compound CBD as the popular extract of marijuana, this study supports two counterpoints. One is that THC, the psychoactive compound, may be the more effective pain treatment, and the other is that whole flower with all the cannabinoids, terpenes, and flavonoids is the more effective form. The rush to isolate compounds in cannabis gives short shrift to the synergistic properties of the whole plant.

While people are using THC and CBD to treat cancer, it seems that other parts of the plant are helping. Researchers at the Harvard University Dana-Farber Cancer Institute recently reported that cannabis flavonoids had potential for treating pancreatic cancer. Flavonoids are compounds found in all plants that help give them their color and can function as antioxidants. The report concluded that, "a flavonoid derivative of cannabis demonstrates significant therapy potential in the treatment of pancreatic cancer."

This compound isn't even one of the big-ticket components of cannabis. Flavonoids comprise a little more than one-tenth of one percent of the plant. The point here is that figuring out how marijuana works as a total system could be more useful than trying to isolate one part in order to protect you from the other parts.

"Overwhelmingly, when the whole plant is used rather than isolating one compound of the plant inevitably it's more effective," says Mark Passerini, cofounder of the Om of Medicine provisioning center in Ann Arbor. The Om and the University of Michigan cooperated in an International Review Board sanctioned research survey on cannabis and opioid use.

The results, published in the Journal of Pain in 2016, found that cannabis was associated with a 64 percent lower opioid use in patients with chronic pain. They also reported a 45 percent better quality of life.

The vast majority of participants used smoked cannabis. The whole flower is a powerful thing.