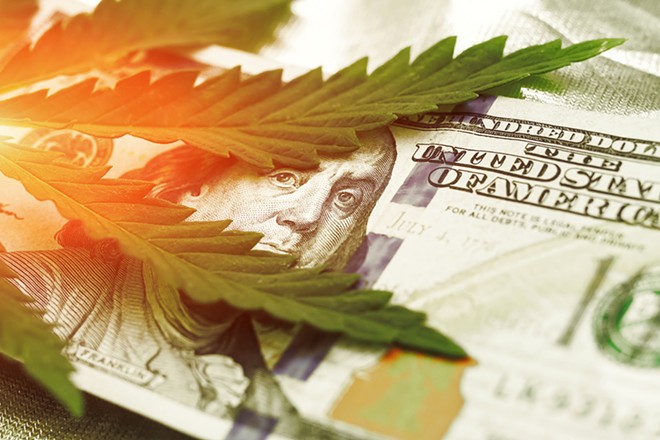 More than 100 recreational marijuana businesses have received licenses to operate in Detroit, ringing up nearly $32 million in sales and $5.3 million in new taxes.

From Dec. 1 to March 1, the state approved licenses for 61 recreational cannabis dispensaries, 26 growers, 11 processors, six event organizers, six transporters, and one testing lab, according to the state’s Marijuana Regulatory Agency.

Many dispensaries have struggled to meet the relentless demand for recreational pot as growers scramble to keep pace. The supply has been low because many recreational pot growers are just finishing their first harvest. State regulators expect the supply side to soon meet the demand.

Unfortunately for pot smokers, 80% of Michigan’s communities have passed ordinances banning recreational marijuana businesses. Only two recreational dispensaries have opened in metro Detroit. Both are in River Rouge. The Greenhouse of Walled Lake plans to open in Oakland County on March 14.

The state’s largest city, Detroit, imposed a temporary ban while city officials draw up a plan to ensure Detroiters play a role in the industry. The city council imposed a March 31 deadline to approve a plan.

The communities that have not banned the businesses are beginning to get new taxes. Unlike medicinal cannabis, recreational marijuana has a 10% excise tax and a 6% sales tax. Excise tax revenue goes to local governments, schools, and roads.

Recreational marijuana sales are expected to top $150 million in sales and excise taxes in the 2020-21 fiscal budget, which begins in October, according to the Senate Fiscal Agency. By 2022-23, the agency projects the tax revenues will reach $262 million.

So far, recreational pot sales have generated $3.2 million in excise taxes and $2.1 million in sales taxes. As the supply side picks up and more dispensaries open, officials expect a significant increase in new taxes.