Pot is legal in Michigan this week, but there's nowhere to buy it 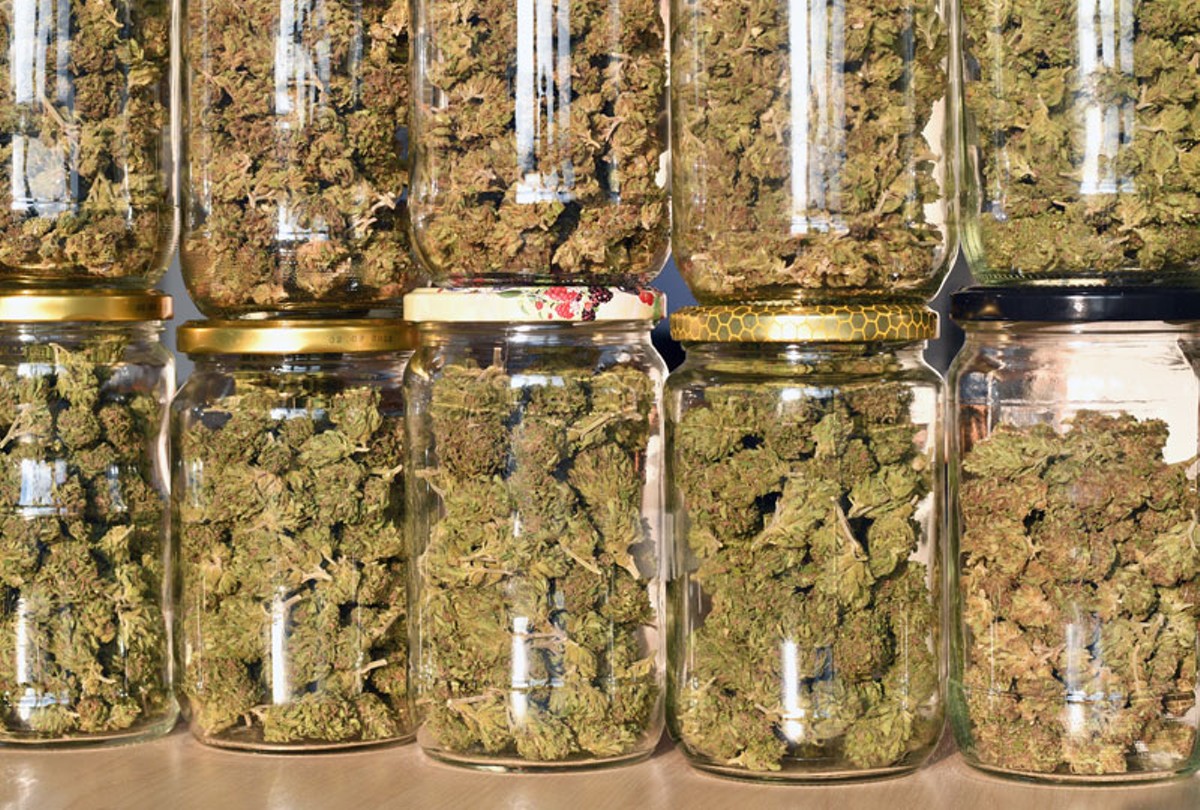 So close, and yet so far... Shutterstock

There is a lot of confusion right now regarding the legal aspects of marijuana. Let's take a look at what is actually going on. To tell you the truth, for some things nobody knows what's up. That's just the way it is right now.

For example, Andrew Brisbo, director of the state Bureau of Medical Marihuana Regulation, spoke about the deadline for medical marijuana facilities that lack state licenses to close. The Oct. 31 date was blocked by Court of Claims Judge Stephen Borello. At this point the state can't move on enforcing closures through the end of the year and no new date has been set. Nobody knows what happens after that.

"We're going to rely on the Court of Claims to establish that," Brisbo said at the Michigan Cannabis Business Development 2019 Conference in Lansing on Sunday.

Here is something we are sure about. Thursday, Dec. 6 is the day adult use marijuana becomes legal. Anyone 21 or older can possess up to 10 ounces of marijuana in a nonpublic place, and you can't drive under the influence or transfer it to a minor. However, there is no word on where to get this marijuana unless you grow it yourself, because there are no stores that sell it — medical marijuana locations cannot sell to nonpatients. Another adult can give it to you as a gift, although it's not clear where the giver can get it. I guess if it falls through a hole in your roof you can keep it.

Growing it is allowed. You can have up to 12 plants inside or outside in a locked and secured area that is not visible from a public space. If you start growing now, you might enjoy your marijuana by Cinco de Mayo.

That said, there are already folks in Lansing who want to take away your right to grow at home before it is even established. Last week state Sen. Arlan Meekhof, R-West Olive, introduced SB 1243, which would take away the provision allowing adults to grow marijuana at home. And that's just the start.

Meekhof's bill would also make our lowest-in-the-nation taxes on marijuana even lower, and change the way the tax money is distributed. Under the adult use law that recently passed, marijuana tax money is to be distributed for schools, road improvements, and municipalities and counties that allow marijuana businesses. Meekhof's bill changes that to places where the businesses are located, sheriff's departments, the Michigan State Police, and a disability fund for first responders.

Finally, the new bill would remove a relatively unknown provision of the law that provides for marijuana microbusinesses. These would be small, vertically integrated operations that are licensed businesses allowed to grow up to 150 plants, process the crop, and sell products all in one location. These products would not be available at any other location, however it would allow for boutique businesses to get into the marketplace relatively easily and cheaply. It would allow them to create niche products that could eventually grow in popularity.

"This is the craft beer industry for marijuana," said Jenn Zielinski of the lobbying firm Dunaskiss Consulting and Development at the Lansing conference.

This new bill would eviscerate the ability of adults to produce their own marijuana, would block small operators from getting into the marijuana business, and would force everyone to buy from corporate operators who could well develop in to the Big Marijuana that the anti-marijuana people have been warning us about. The way the licensing system has been set up, it costs several hundred thousand dollars just to get into the game. Already a lot of folks who thought they were going to get in have had their dreams crushed. However, the microbusiness angle was one last chance. There are some folks who have developed their own strains over the years, and people who have cannabis-infused recipes who won't be able to mass produce and market them.

"We're in lame duck," said state Rep. Yousef Rabhi, D-Ann Arbor, at the conference. "Accountability is at its lowest in Michigan. This is a time when the worst, the most extreme legislation comes out."

SB 1243 is very bad and it subverts the spirit of the Michigan Regulation and Taxation of Marihuana Act of 2018. It creates a captive marketplace with very little in the way of alternatives, and denies people the right to provide for themselves. Even in the world of alcohol, people are allowed to produce modest amounts of beer and wine for their own use. The bill also severely lowers the amount of excise tax revenue that the state can collect.

"The adult use law is important and transformational to our state," said Rabhi, the incoming minority leader. "We have to protect the spirit of Proposal 1."

Chances are that this bill may clear the Senate, but not the House. That's because the adult use law requires the votes of 75 percent of legislators in order to make changes — not a simple majority. However, it could pass in this lame duck session because the Republican majorities in the state House and Senate are larger now than they will be in January. So this is Meekhof's big chance to try to undermine the adult use marijuana law before it is even operating.

Although the chances are low that it will pass, folks should contact their local representatives to tell them to vote against SB 1243. MiNORML has contact information for legislators at minorml.org. The page also has a suggested letter format to use.

To summarize, the three things that are being threatened are lowering the excise tax from 10 percent to 3 percent, making home grows illegal (note that doesn't affect medical marijuana patients), and eliminating the microbusiness provision. Don't let this happen.

So that's one minefield that adult use law has to clear. Another one is the actual business rules for the recreational marijuana industry. They don't exist yet, and will be developed over the next year.

"You won't hear a lot from us regarding adult use for a while," said Brisbo, pointing at meetings with the new administration that will establish the direction and attitude for marijuana regulation. The expectation is that the new governor and attorney general will be much more friendly than the outgoing administrations.

This is your chance to make sure the politicians do it right. Again, contact your representatives and tell them to respect the provisions of Proposal 1. Let your governor-elect and attorney general know what you want. This fight is not over.

On Monday morning Fox & Friends featured a segment in which Florida's Polk county Sheriff Grady Judd said, "It's not a minor nonviolent felony. It's ruining families and killing people every day across the United States. And we stand here in denial thinking that it's not a gateway drug to drugs that's killing people."

That kind of attitude still resides in the Michigan law enforcement community. Keep your eyes open.