My quest to achieve a week of weed wellness 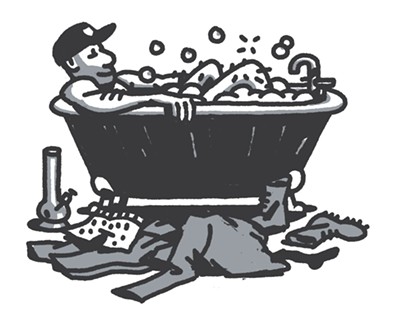 A few years ago, I was told by a respected orthopedic specialist that my spinal myelopathy would leave me wheelchair-bound by the time I am 40, which means 10 years from now I may be rolling more than just fat joints. This has been looming over my head ever since it was told to me and up until now, I have ignored it.

Because that's what we do when something feels out of our control, right?

As of 2018, marijuana is still classified nationally as a Schedule I drug, meaning it is in the same category as heroin. Yes, that heroin.

The Drug Enforcement Administration reports that there have been zero deaths related to marijuana overdose — ever. Whereas the Centers for Disease Control and Prevention reports that opioids were involved in 42,249 deaths in 2016 alone.

My week of weed wellness was more than an extended spa day, it served as a reminder of how far the industry has yet to grow. And that growth? Well, that starts with us. If we can smoke, we can vote, and a proposal to legalize recreational marijuana is expected to be on the ballot in November.

As for me, my week-long quest for marijuana-infused rejuvenation was largely successful. I have since divorced the belief that pain is something I have to live with. Instead, my pain is something I can choose to live without. Thanks to like-minded individuals who take risks and the high-road, I have so many options not only to manage my condition but to rise above it. I am canna-blessed.