More than half Michigan marijuana patients admit to driving while 'a little high,' study finds 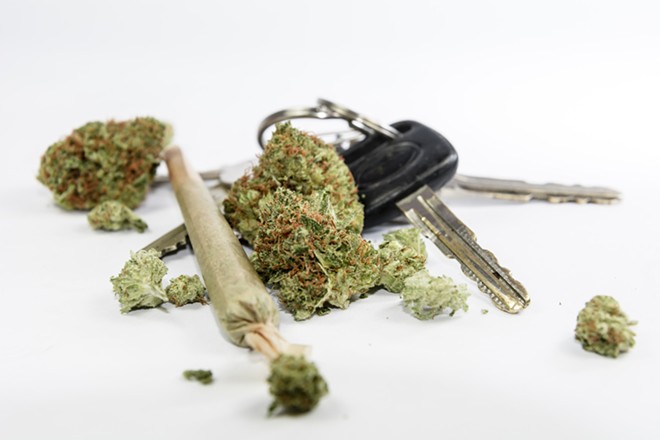 A new study from the University of Michigan found that more than half of the medical marijuana patients surveyed fessed up to having driven while under the influence of cannabis.

The researchers found the results to be "concerning."

"In light of cannabis policies expanding legal access to cannabis and given the risks of impaired driving, these findings underscore the needs for interventions to prevent impaired driving among individuals using cannabis for medical reasons," the authors wrote.

"Given there is no standard recommended 'dose' for medical cannabis across conditions, further research is needed to better understand dosing of cannabis products," they added.

"There is a low perceived risk about driving after using marijuana, but we want people to know that they should ideally wait several hours to operate a vehicle after using cannabis, regardless of whether it is for medical use or not," the study's lead author Erin Bonar, an assistant professor of psychiatry, told the Free Press. "The safest strategy is to not drive at all on the day you used marijuana."

The researchers recruited 790 of the state's medical marijuana patients who were seeking medical marijuana certification for chronic pain in 2014 and 2015 and asked them to report on their driving habits from the past six months. The study was published Wednesday in the "Drug & Alcohol Dependence" journal.

According to a July 2017 report to Congress from National Highway Traffic Safety Administration, surveys found traces of THC in 12.6 percent of drivers in 2013-2014, up from 8.6 percent in 2007. The report cited evidence of impaired reaction time, cognitive functions, lane-tracking, and divided attention in drivers under the influence of cannabis.

Michigan voted to decriminalize recreational use of the drug in November. Given that cannabis use has been hard to study while the drug is still considered an illicit substance on the federal level, there is no standard for drivers under the influence of marijuana, like a BAC level for alcohol.