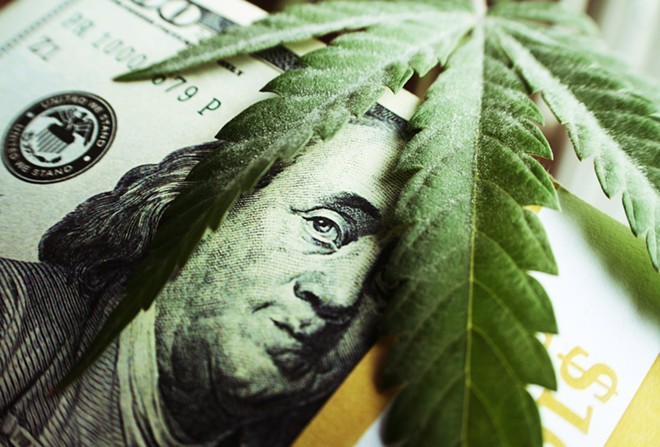 Shutterstock
A state House bill is aimed at allowing Indian tribes in Michigan to get involved in recreational marijuana businesses.

State lawmakers are considering a bill that would allow Michigan’s 13 Indigenous tribes to open up recreational marijuana businesses and receive a portion of the taxes levied on sales.

The House legislation, which is expected to advance from a committee Tuesday, would enable tribal members to enter into compact agreements with the Marijuana Regulatory Agency to get licensed to become growers, processors, transporters, and testers. They also would have access to the state’s marijuana tracking system, called Metrc.

"Really this is a problem we’ve been trying to fix for close to four years," Whitney Gravelle, president of the executive council for Bay Mills Indian Community, told The Detroit News. "When Michigan legalized cannabis in 2018, tribes were forgotten about. That’s typically not the process for other states that have legalized. ... But from the moment it was legalized in Michigan, we’ve playing catch-up.”

Under the bill, the tribal businesses also would be subject to 6% sales tax and 10% excise tax, the same rates required of all other recreational marijuana businesses in Michigan. Just like other municipalities in the state, the tribes would receive a portion of the tax proceeds so they can gain “the economic benefit from this burgeoning industry.”

"Entering into the compact agreements will allow us to provide tribes access because they will be recognized as essentially a business the same way the state-licensed businesses are so they could participate in the Metrc system," Brisbo said. "They could bring in supply from state-licensed operators and all of their sales could be tracked as well.”