Although no product or substance has been identified as the main culprit of the outbreak, in most cases patients reported vaping THC, the psychoactive ingredient in marijuana. Researchers are increasingly focusing on vitamin E acetate, which is used predominantly in the black market to "cut" or dilute cannabis oil in vape cartridges to maximize profits, as a possible cause.

Black-market THC cartridges are easy to find in Michigan because the state has done little to address the proliferation of illicit delivery services that advertise on websites and apps such as WeedMaps and Craigslist — an underground economy that has flourished in the interim period between Michigan voters legalizing recreational marijuana in 2018 and the opening of the first recreational marijuana stores, which are expected to open in 2020. A Google search for marijuana delivery services in Michigan lists dozens of websites that illegally sell untested vape cartridges in legit-looking packaging under the names "Chronic Carts," "Dank Vapes," "Fruity Pebbles," "Dr. Zodiak," "Exotic Carts," and "Fwaygo." Many of the brands are fake, and some were used by patients who have become seriously ill.

Anyone with access to the internet can make toxic THC cartridges and sell them in professional-looking packaging. The packaging and vitamin E acetate are widely available on the internet, often shipped from China. Some of the delivery services don't even require a medical marijuana card and will sell to anyone 21 years or older in exchange for "a donation."

While the Michigan Department of Health and Human Services (MDHHS) has not warned people about black-market THC products, the Centers for Disease Control and the Federal Drug Administration have repeatedly warned specifically against buying from illicit dealers.

"The latest national and state findings suggest products containing THC, particularly those obtained off the street or from other informal sources (e.g. friends, family members, illicit dealers), are linked to most of the cases and play a major role in the outbreak," the CDC warns.

Even the state's chief medical executive and chief deputy for health for MDHHS, Dr. Joneigh Khaldun, testified last week that she had not been reading the CDC's research on tainted THC products' ties to the lung illness, which has sickened more than 35 Michigan residents and killed at least one.

Khaldun was testifying about the dangers of nicotine vaping at a court hearing in which a Houghton-based vape shop, 906 Vapor, was asking a judge to temporarily stop the state's ban on flavored nicotine products. Khaldun said Wednesday that the impetus for the ban was the rapid rise of youth nicotine vaping, not the severe lung illness outbreak.

Asked why the state was not making a clearer distinction between tainted THC and nicotine vaping, MDHHS spokeswoman Lynn Sutfin said the state didn't want to confuse people.

"As no single product or substance has been linked to these lung injury cases, we didn't want the emphasis to be on THC, but instead vaping," Sutfin tells Metro Times. "Some of the cases have only vaped nicotine products, and we wanted to ensure that was clear." 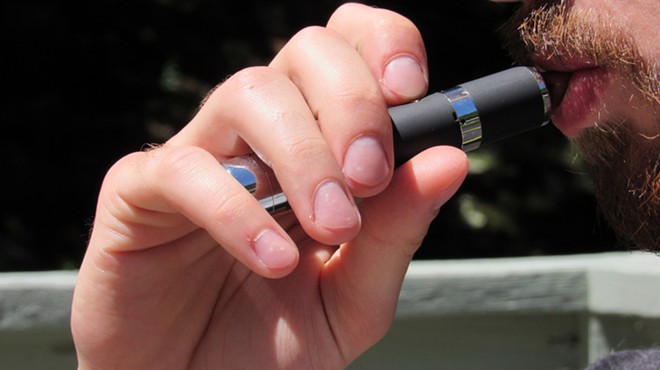 Cannabis vaping — not nicotine — is primary cause of lung illness, CDC finally says

But only 8% of the patients who have fallen ill in Michigan reported vaping only nicotine — and this number could likely be lower, as many people may be reluctant to admit vaping marijuana because of their jobs or age, or the stigma. A recent study found that five of eight patients in Wisconsin who said they vaped only nicotine "were later found to have used THC."

Of those who have admitted smoking marijuana, a vast majority said they purchased THC products on the black market. But that's not the case for everyone. An Oregon man who died said he bought his THC cartridges from legal dispensaries.

Buying marijuana from legal dispensaries is safer because they're required to test for pesticides, toxic metals, bacteria, and residual solvents from extraction methods. But Michigan's Marijuana Regulatory Agency (MRA) does not require testing for vitamin E acetate, nor does it require vape cartridge manufacturers to divulge the ingredients like in some states.

In fact, Michigan doesn't even prevent dispensaries from selling products containing vitamin E acetate, even though the substance is considered dangerous.

"The MRA is always focused on ensuring the safety of patients and consumers," MRA spokesman David Harns tells Metro Times. "We are working closely with our partners in public health to determine the cause of the illnesses related to vaping. Once a causal link has been established, the MRA will work to determine if any changes are needed to the administrative rules to further protect patients and consumers."

A recent Morning Consult poll released on Sept. 19 found that 58% of Americans believe vaping nicotine has caused deaths from lung illnesses, while only 34% think cannabis cartridges are to blame. 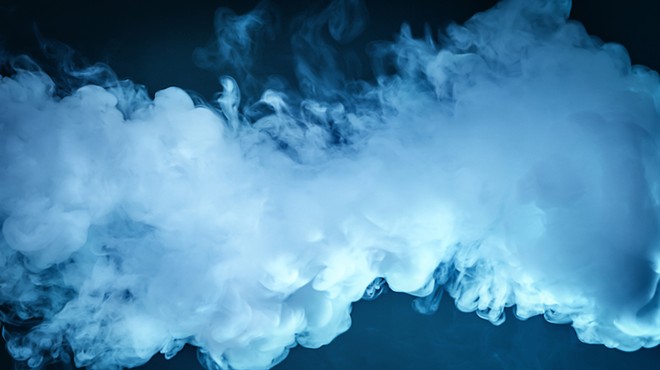 "In my view, the Michigan Department of Health and Human Services will be morally responsible for future cases of respiratory disease among state residents who were not adequately warned against the specific dangers of vaping THC oils," Michael Siegel, professor of community health services at Boston University, tells Metro Times.