Michigan closer to expunging low-level marijuana crimes, but it won't be automatic 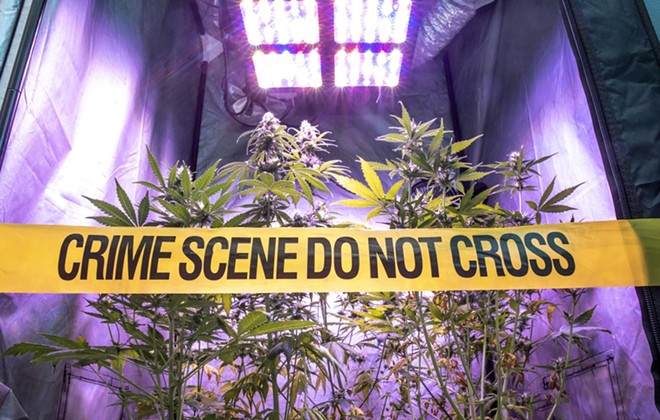 More than 225,000 Michigan residents convicted of low-level marijuana crimes may soon be eligible to have their records cleared.

State lawmakers plan to introduce a bill this week that would allow people convicted of petty pot crimes to petition the courts for expungement. But the bill stops short of automatically expunging records because of resistance from Republicans.

Michigan is one of the only states that legalized recreational marijuana but did not provide a path for expungement for conduct that is now legal.

“It’s not perfect, but it’s a step in the right direction,” Barton Morris, an attorney and leading advocate for expunging pot-related offenses, tells Metro Times.

Morris also has called on lawmakers to pardon people who are in jail for offenses that are now civil infractions and to offer expungement for people with felony marijuana convictions.

“I’d like to see legislation in the future that would permit the removal of convictions for felonies, which are significantly more debilitating than misdemeanor convictions,” Morris says. “People with felonies have a much more difficult time getting a job and some of their rights are not restored, like the right to possess a firearm.”

About 3,500 Michigan residents are still behind bars or on probation for felony marijuana offenses, according to the Michigan Department of Corrections.

A day after Michigan voters elected Gretchen Whitmer as governor and approved a ballot initiative to legalize recreational marijuana in November, Whitmer pledged to take "action early next year" to begin clearing minor pot-related convictions from residents' criminal records. She also pledged to use her office's power to pardon some of the thousands of people still behind bars for pot-related offenses that are now legal or just a civil infraction.

"For conduct that would now be legal, no one should bear a lifelong record for that conduct," the Democrat said at her first press conference as governor-elect.

State Rep. Isaac Robinson advocated for a more liberal law, including automatic expungement for all pot crimes, including felonies. He also called for the release of prisoners serving time for marijuana-related crimes.

In California, very few people with pot convictions petitioned the court for expungement.

Morris worries the same will happen in Michigan.

“Most people will not take the affirmative step to ask for these convictions to be removed,” Morris says.