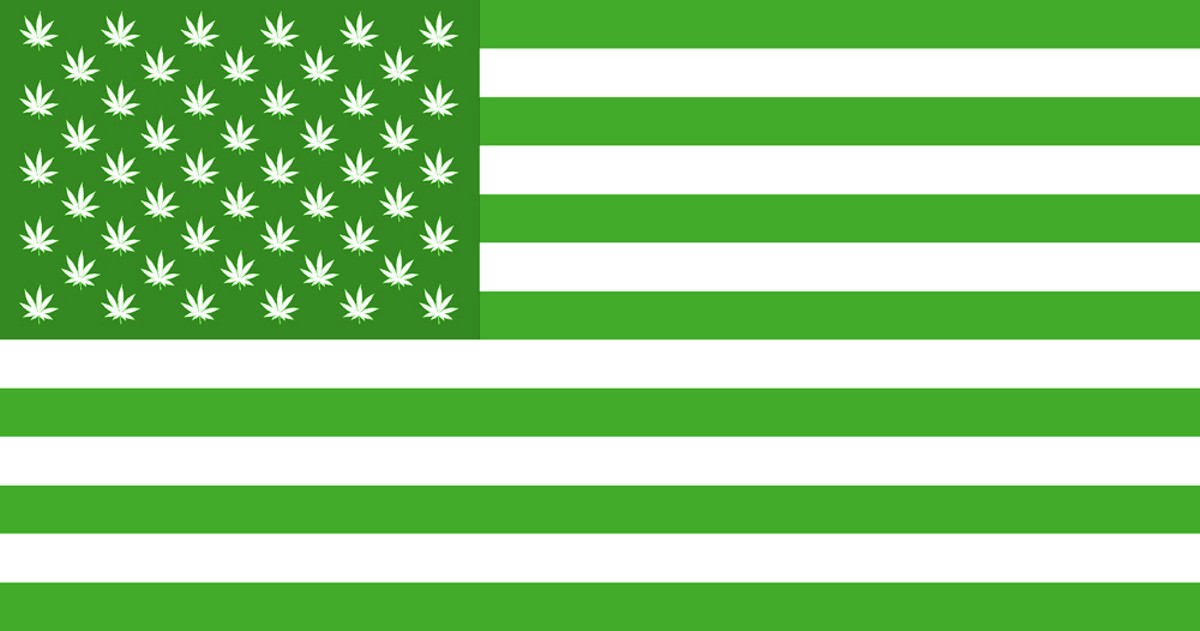 There's so much going on with marijuana these days that it's hard to keep track of it all. The entire continent of North America just keeps moving closer and closer to becoming a legal marijuana zone.

All of the major Democratic presidential candidates support some kind of marijuana law reform, and last week — at 4:20 p.m. on Friday — Sen. Bernie Sanders dropped his plan for that. We already knew that Sanders would legalize marijuana by executive decree, declassifying the Schedule 1 designation with the Drug Enforcement Agency. He also plans to nominate cabinet officials "who will all work to aggressively end the drug war."

The drug war, at least as it applies to marijuana, gets the brunt of Sanders' attention. His administration would fund the review of all state and federal marijuana convictions for possible expungement. There's more money planned to make good on repairing the damage. Sanders' plan allocates $20 million to the Minority Business Development Agency, $10 billion in grants for businesses that are at least 51 percent owned by people in communities heavily affected by the drug war, $10 billion in USDA grants for people with past criminal convictions to start marijuana farms, and a $10 billion "targeted economic and community development fund." Quality control and safety would be under federal regulation.

All this and more are part of the conversation that takes some of the best ideas for fixing the drug war mess and its effect on people's lives. Now all this is a long way from ever coming to fruition. Sanders is but one of numerous potential candidates, and if he emerges the victor after the primaries, he faces President Trump in a national election. So none of this plan is even close to actual policy. However, Sanders has beaten Elizabeth Warren to the punch with "a plan for that" and made some very key issues part of the conversation moving forward. To date, no candidate has taken the idea this far.

"When it comes to ending prohibition, we cannot go forward without looking back," Queen Adesuyi, National Affairs Policy Manager for Drug Policy Action, said in a statement. "It is not enough to just legalize marijuana. We must do it the right way, and that means reinvesting in the communities that have been most harmed by the cruel and inhumane policies brought forth through the war on drugs."

The moment Sanders chose, Friday at 4:20 p.m., is the international moment for marijuana. 4:20 p.m. is the time of solidarity for marijuana users everywhere. It was also expressed on Friday by demonstrators outside the federal senate in Mexico City. Protestors lit up their joints as they did at 4:30 p.m. every day last week as part of a demonstration calling for a revision in the drafts of new Mexican laws legalizing marijuana.

Last year, the Mexican Supreme Court struck down the country's marijuana laws as unconstitutional. That, in effect, made marijuana legal there because there was no longer a law against it. Now the Mexican legislature is in the process of making legalization official. A couple of weeks back, the ruling Morena party circulated the proposed legislation that would set up the legal system for marijuana production and distribution. After seeing the drafts, Mexican activists called for the laws to do more to empower people rather than corporate interests.

That's what it's come down to with marijuana legalization. It's something of a foregone conclusion that we're headed in that direction. Now we're about distributing the money and seeing which communities will benefit. There's a lot more to the marijuana movement than just who gets to smoke a joint and who doesn't.

The Mexico City event may seem far away and disconnected from Burlington, Vermont, where Sanders released his plan; however, they're connected in many ways. The marijuana moment of 4:20 p.m. (although 4:20 in Burlington is 2:20 in Mexico City) and that the main thrust of both was to make marijuana legalization something that enhances communities as opposed to capitalists. It's sort of a double-edged sword — legalize marijuana while not putting it solely into the hands of traditional money makers.

There's a third rail here: the thrust of North America as the worldwide leader in cannabis reform. Marijuana is legal in Canada. It will be definitively legal in Mexico. Sanders' proposal, while it has no teeth, would bring the United States in line with the other major nations of the continent. Including the 11 states and the District of Columbia where recreational marijuana is legal, Canada, and Mexico, two out of three North Americans have access to legal recreational marijuana(252 million of the 367 million people in North America.)

And if you leave it to Bernie Sanders, the entire continent (except for the Caribbean, where there is no problem accessing the stuff) would be a marijuana legal zone. That's pretty awesome. What's even more awesome is that Sanders' plan to legalize marijuana isn't some outlier idea dependent on a presidency to realize it. His perspective on healing the wounds of war may not be the mainstream, but the major players are all in on legalization — as are 66 percent of Americans in general.

The thing is, nobody's leaving it to Sanders. Marijuana legalization is and has been a planet-wide grassroots movement. It is inextricably tied to social justice in this and every country. The case of marijuana prohibition shows how a government can just make something up, foist it on people, and use the policy to their detriment. It's documented that President Richard Nixon created the war on drugs as a way of going after his ground-level political enemies.

That war spread across the planet, and people have called for an end to it.

Mexico's proposed marijuana laws look different from what we've been seeing here in several ways. One is that vertical integration of businesses stacking licenses for growing, processing, and sales by one entity is not allowed. However, one entity can own many licenses of the same class. One company could have many grow licenses, but could not have a sales license. Infused beverages and edibles are only allowed for medical marijuana patients. Any individual who wants to grow marijuana needs a license, even if they want to grow for personal use. People would need a license even just to possess seeds. And marijuana use by a pregnant woman is totally prohibited.

Finally something that makes sense but hasn't clicked here in the states. The law has provisions for importing and exporting the stuff. That can't even be thought about here until the federal government gets on board. In the meantime, the people in Ontario have marijuana, and the people in Michigan have marijuana. Just don't cross any borders with it.