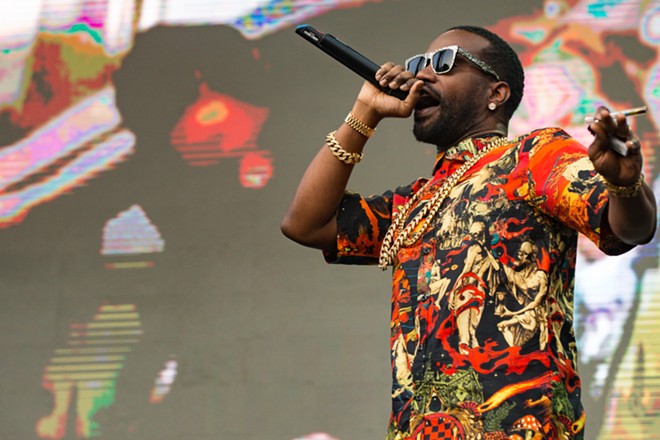 Cannabis and music festivals go together like Indica strains and couches. So it doesn't surprise us that another music and weed fest is cropping up, this time in downtown Lansing. The Smoker's Ball Music Festival is scheduled for August 13 at Lansing's Adado Riverfront Park.

Juicy J, Devin the Dude, Trick Trick, Gangsta Boo, and Dizzy Wright are among the headliners for The Smoker’s Ball inaugural event. It’s being billed as “the biggest summer celebration of music, arts, and cannabis culture held in downtown Lansing.”

Hopefully, Juicy J doesn't get so damn trippy his mind goes blank, like he told us in his 2011 song "Can't."

The festival will include several cannabis vendors in addition to music performances. Tickets are $40 for general admission or $200 for a VIP package including a festival gift bag, private restroom and juice bar, and an exclusive viewing area.