For those looking to ride the marijuana wave, Michigan has a lot going for it 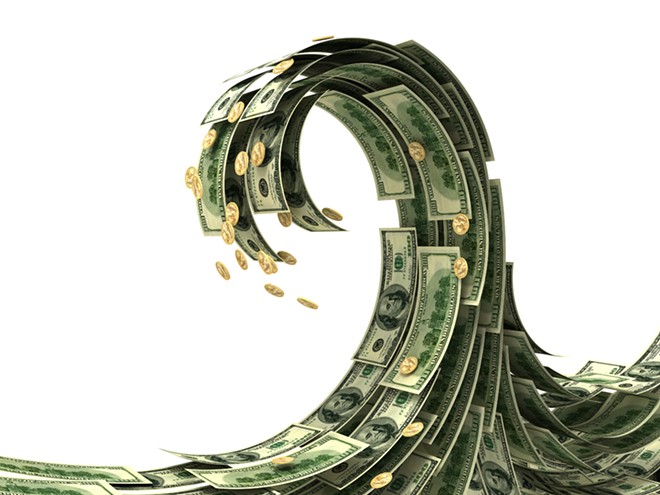 There are all kinds of people exploring marijuana businesses in Michigan. I ran into a guy recently who gave me a little perspective because he's not from around here. He's from Georgia, a place that has not legalized medical marijuana in a meaningful way. He's checking out the landscape here and trying to figure out whether he wants to try to make a go of it here or in Georgia.

The guy I talked with works in a federally regulated industry and doesn't want his name used here. I'm going to call him Lateef.

Lateef has a degree in criminal justice and worked as a parole officer for two years. During that time he figured out that substance abuse and the legal system worked to disenfranchise African-American communities, particularly the "marijuana probation violation," which can tie a person up with a lifetime of supervision by law enforcement officers. So he got out. While he is in another industry now, he's looking to get into the cannabis game. There are a lot of options for him to explore: for instance, the marijuana plant chemistry program at Northern Michigan University is intriguing to him.

It's uplifting to see that there are indeed options — other than prison — for a youngster interested in marijuana. Lateef is doing his homework, and the nature of his job is that he can do it in many of the states that have legal recreational marijuana. But he's really focusing on his home state of Georgia and on Michigan. Earlier this year, Georgia passed a law easing the restrictive medical marijuana law there. It's still pretty restrictive, and there are only a little more than 8,000 registered patients in the state. (Michigan has about 287,000 registered patients.) However, this new law actually allows access to low-THC cannabis oil. The way it worked in the past was that Georgia said you could have it, but there was no way to get it.

It's not a wide-open market there, but Lateef is taking the long view, arguing that everywhere recreational marijuana has been legalized, there was medical marijuana first.

"The Georgia medical program — that's unprecedented," says Lateef. "You wouldn't think of a Southern state, especially a conservative state, making that step, although Florida is doing that too. If anybody is doing that down there, I want to be first in line."

In the meantime, he's checking things out. His work takes him out west, and he has his opinions about what's going on in the various places that he visits.

"My top favorite location is Washington state. Seattle and Spokane — there's a really liberal climate," he says. "The shops stay open later, to 11 p.m. or midnight, and they have an excellent selection. The people are very progressive. It's not a taboo kind of thing out there, and they have reasonable prices. It's just they have this little plastic baggie issue. They go through so many plastic baggies. I'm an environmentalist and the wastefulness bothers me."

His pecking order pretty much heads south to Oregon and then to California. He points out good selection and low prices in Oregon, but finds things more costly in California partly due to higher taxes. He mentions a police presence and enforcement atmosphere in downtown Denver that puts him off. He's also checking out things in Las Vegas, where the move toward social-use lounges is moving forward.

Regarding Michigan, he says, "I think y'all have some of the least restrictive laws right now in terms of personal possession. Detroit is a really trendy city, everyone's saying Detroit's coming back, and you've got Ann Arbor nearby. Marijuana is mainstream here. I think there is a momentum growing. I'm no surfer, but I want to ride the wave."

It sounds like he wants to be where the economic action is. To a certain extent, Lateef could be a young person of any era seeking his place in the world. In the 1930s and '40s, people were flocking here for the auto industry. Now the cannabis-curious are looking at Michigan. And it's not just the first wave of visionary venture capitalists — a wider pool of folks developing sophisticated products are creating a diversity of connections between cannabis and culture.

Lateef seems to be something of a throwback culturally. He's not talking about extracts and distillates and "new ways to blow your mind." He says he's tried some of that, but not a lot.

‘Marijuana is mainstream here. I think there is a momentum growing. I’m no surfer, but I want to ride the wave.’

"I'm a flower guy," he says. "I want to have a skill set in cultivation. At the end of prohibition, you need a product before you can do anything with it. I want to work with my hands working the earth. I don't know if that's an antiquated 'Wild West' kind of thing. I definitely know there is legitimacy in it."

Well, urban gardening is big around here too. That'll get your hands dirty. Most cannabis operations around here are high-tech operations where "dirt" is a dirty word. But there are places, mostly northward, where they do grow it in the earth, so it is indeed legitimate. Lateef does have a strategic point. All those extracts come from flowers so producing them will always be bedrock to the cannabis economy. Whatever he does, Lateef will have to come out from undercover soon. By the end of the year, he wants to "put real boots on the ground into something."

That's pretty soon. By the end of the year, we expect to see the first adult-use retail sales in Michigan (or at least the beginning of next year). Things are moving pretty quickly now. He'll have to get in the fast lane here or head back to Georgia, where cannabis is growing at a slower pace.

I don't particularly like writing stories without the real names of the sources quoted in them. At the same time, I don't want to screw people over at their jobs. Some people have not liked their names being used. Here is where I draw the line: If you are actually in business and your name is on paperwork filed with the state, then your name is fair game.

I recently got a text from a provisioning center that I used to frequent. This particular text warned me that my loyalty points would expire if I didn't use them soon. I didn't even realize that I was getting loyalty points at a provisioning center. I barely pay attention to loyalty programs anywhere else. Such is the world of marijuana now. The people who sell it have your name and send out texts promoting daily specials and tally loyalty points. That's what's necessary to stay in business these days.

Pretty soon we'll be getting notes that say the program noted that you bought a vaporizer, and wouldn't you like some good stuff to put in it.

That day is ever closer as Leafbuyer Technologies moves into Michigan. Leafbuyer, a Colorado-based company, provides an online platform for people to locate marijuana near them, compare prices and products, find special offers, and even has a job board. That's all part of the landscape. However, they will also be collecting information on you "so they can serve you better." They'll know what you want, what you like, how much you spend, where you buy — the entire profile.