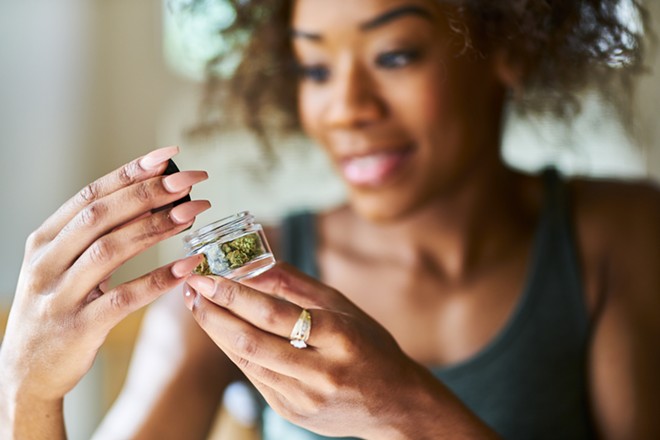 Joshua Resnick/ Shutterstock.com
The Fluresh Five Accelerator program provides mentorship to entrepreneurs who want to break into the cannabis industry.

It’s no secret that Michigan’s cannabis industry is booming, especially for recreational use. The industry hit $128 million in recreational sales in October and is expected to keep growing next year. Hell, Lume Cannabis alone has around 28 shops open across the state.

However, there is a distinct lack of minority ownership and small businesses in Michigan’s cannabis scene. Detroit is especially screwed with a recreational marijuana ordinance that was supposed to give preference to life-long Detroiters and right the wrongs of a community decimated by the War on Drugs. To be frank, that shit backfired massively, and Detroiters are (unsurprisingly) left at a standstill while suburban cities and big businesses turn a profit. Despite it all, industry leaders expect to see a boom in minority-owned canna-businesses next year.

Cannabis companies like Fluresh are working to make this happen. Fluresh has partnered with the Black and Brown Cannabis Guild to create a mentorship program for entrepreneurs wanting to break out into the cannabis industry called the Fluresh Five Accelerator.

The program provides industry knowledge and resources to “make the cannabis industry more diverse and equitable for victims of the War on Drugs” and had its first round of participants this year.

“Participants had tours of both of (Fluresh’s) facilities and got a sense of cultivation and what it takes to make an infused product, and all of the regulations in the industry,” Fluresh Vice President of Marketing Christine Shollenberger told MiBiz. “People were pleased with how the program unfolded and some of our graduates have been able to move forward and get pre-qualified for their cannabis business.”

Applications for the program’s 2022 session are currently open until Jan. 15. While the criteria do not specify it’s only for BIPOC entrepreneurs, the goal is to boost inclusivity. The company has also been a supporter of the Last Prison Project, which advocates for the release of prisoners who are in jail for marijuana-related offenses.

The fact that people are still incarcerated over something that is now legal and highly profitable, is a travesty, so kudos to them. Fluresh will accept 10 applicants into the Five Accelerator program and the mentorship will start in February.

After living in Japan and traveling across Asia, Randiah Camille Green realized Detroit will always be home. And when she says Detroit, she's talking about the hood, not the suburbs. She has bylines in Planet Detroit News , Bridge Detroit , BLAC magazine, and Model D . Her favorite pastimes are meditating...
More
Scroll to read more Canna-Business articles
Join the Metro Times Press Club