Steve Neavling
The Reef is a medical marijuana dispensary in Detroit that plans to apply for a recreational license.

The city has not yet begun accepting applications for dispensary licenses but is expected to soon announce when it will.

“We are so excited to announce the opening of our Adult-Use Marijuana Licensing program," Megan Moslimani, director of Marijuana Ventures and Entrepreneurship of the Civil Rights Inclusion and Opportunity Department (CRIO), said in a statement. "We are confident and proud of the space that we have carved out for social equity applicants to take part in this billion-dollar industry."

After lawsuits and many delays, the Detroit City Council approved a new ordinance on April 5 to allow recreational marijuana businesses to open in the city.

No date has been set yet for when the city will begin issuing licenses. The Detroit City Council must make that decision based on recommendations by CRIO.

Some in the industry believe the ordinance will draw more lawsuits and potentially cause additional delays in the process.

The Detroit City Council shocked the cannabis industry in November 2019 when it passed a last-minute ordinance preventing recreational businesses from opening.

The reasoning was well-intentioned: Detroit wanted to ensure that its longtime residents, who have been disproportionately impacted by the war on drugs, could be given priority to get involved in the industry before wealthy outsiders saturated the market. At the time, council members said the goal was to create new regulations by January 2020. Instead, it took the council more than a year to draft an ordinance that would give licensing preferences to longtime Detroiters.

But in June 2021, a federal judge ruled that the ordinance was probably unlawful because it “gives an unfair, irrational, and likely unconstitutional advantage to long-term Detroit residents over all other applicants.”

The council returned to the drawing board and took nine more months to approve a new ordinance, which creates two tracks for licenses so that “equity” and “non-equity” applicants aren’t competing with each other. Under the new ordinance, a total of 100 retail licenses will be available, half of which will be reserved for social equity applicants. 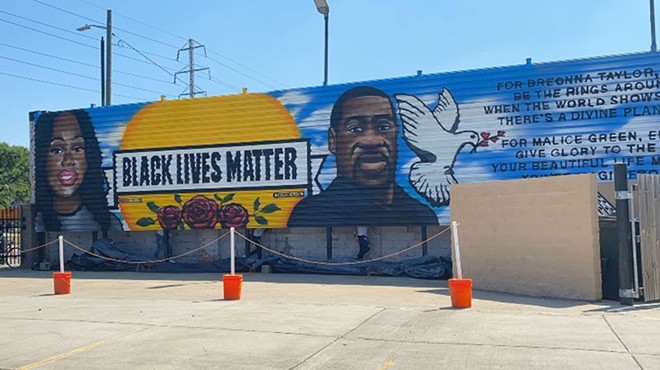