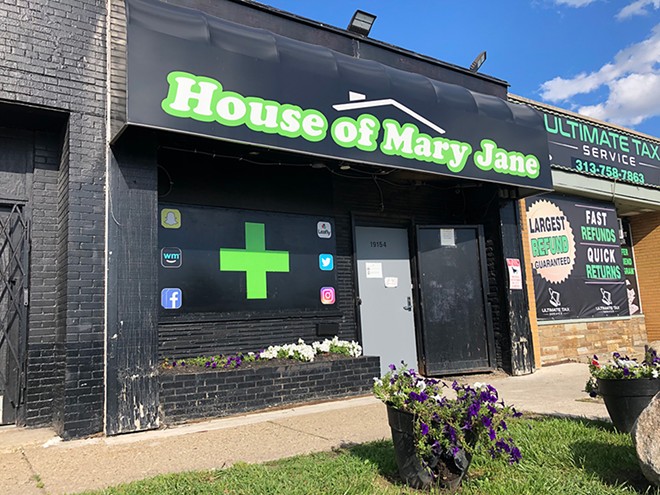 Lee DeVito
The House of Mary Jane in Detroit.

Michigan cannabis regulators suspended a medical marijuana dispensary in Detroit for 30 days and ordered it to pay a $75,000 fine after finding multiple bags filled with marijuana that did not contain the required state information.

The Cannabis Regulatory Agency (CRA) found the marijuana in multiple bags, backpacks, and duffel bags at The House of Mary Jane at 19154 James Couzens.

Regulators told the dispensary it could not sell or destroy the marijuana until the agency completed its investigation, according to CRA’s formal complaint. The agency also requested 30 days of video footage.

When the agency returned to The House of Mary Jane, the dispensary said it had destroyed the cannabis. The dispensary also failed to turn over the video, according to the CRA.

"The Cannabis Regulatory Agency has a legal responsibility to protect the health, safety, and welfare of the public," CRA spokesman David Harns said in a statement. "Our licensees must follow all of the rules and laws that govern the cannabis industry. Untagged marijuana products and the inability to provide video footage is simply unacceptable.”

In Michigan, cannabis businesses are prohibited from possessing marijuana without a batch number or identification tag or label. They also must retain surveillance recordings for at least 30 days.

According to the consent order, the dispensary must provide its standard operating procedures on compliant tagging and waste disposal processes before receiving its license back.

The fine and 30-day suspension is the stiffest penalty yet against a Michigan dispensary.

When reached by Metro Times on Tuesday morning, The House of Mary Jane declined to comment.