The Americana and roots music fest is celebrating its 20th anniversary 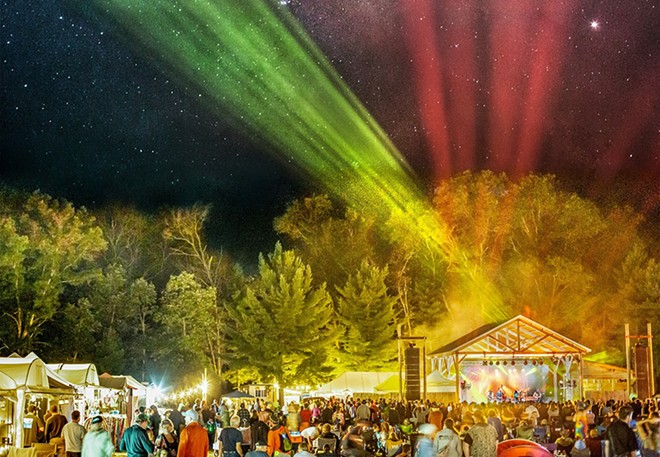 Northern Michigan's long-running Hoxeyville Music Festival says for the first time, it will have an official cannabis partner this year.

The Americana and roots music festival, held on 150 acres of farmland near the Manistee National Forest in Wellston, is celebrating its 20th anniversary this August.

Fittingly, the license approval was granted on Wellston Township's board meeting on April 20.

Hoxeyville Enterprises says Dunegrass Co. will serve as the festival's cannabis partner in 2022 and 2023.

"We are very excited to provide this option for our attendees, and look forward to growing both this experience within the event as well as our partnership with Dunegrass," Hoxeyville Productions' Jake Robinson said in a statement.

"Dunegrass is beyond excited to work on the first music festival turned cannabis event in the state," Dunegrass COO Eric Piedmonte said in a statement. "Until now all the on-site cannabis events have been cannabis first, entertainment second. We are flipping the model on its head by partnering with a long running festival like Hoxey adding to it."

"This event is going to set the new standard for cannabis events," said Beller, who also has the state's first licensed cannabis event organizer.

Slated for Aug. 19-21, Hoxeyville features two stages with national and local acts. The festival has a capacity of 4,000.

This year's lineup includes Trampled by Turtles, Railroad Earth, the Infamous Stringdusters, and other acts. The full lineup is available at hoxeyville.com.

In Lansing, a 420 Music Festival featuring a lineup of mostly hip-hop acts was held last month. In metro Detroit, a planned "Spark in the Park" event in Hazel Park was voted down by city council due to parking concerns, with a lineup that was to mix rock, funk, and hip-hop.

In Michigan's Upper Peninsula, cannabis chain the Fire Station is planning a "Camp Cannabis" event in Marquette for Oct. 7-9. While a lineup has not yet been announced, it says it is looking to book national and local acts.