The pot-infused music festival was canceled in HP after residents voiced concerns, but Ypsi is no stranger to cannabis events 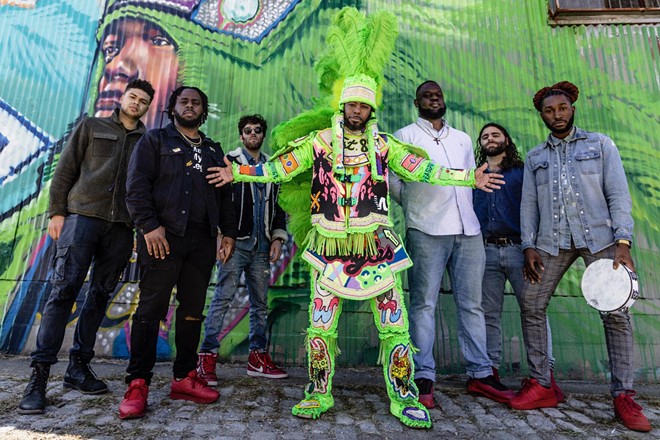 Tiffany Anderson
New Orleans funk band the Rumble is slated to perform at Spark in the Park, a cannabis-friendly music fest.

After what would have been an inaugural cannabis and music festival in Hazel Park called Spark in Park was canceled in April, organizers are now looking to move the event to Ypsilanti next year.

The festival is now slated for June 10 and 11, 2023, in Ypsilanti’s Riverside Park. The city-owned park has previously held cannabis events, including the inaugural Canna Jam music and comedy festival in 2021, and another new event called Reggae on the River earlier this year.

“Ypsilanti, quite honestly, is just so much more geared to do this,” says Holice P. Wood, a booking agent and longtime cannabis activist, in an interview with Metro Times. “This isn’t new for them.”

“They’ve held cannabis events there before, so they’re friendly to that,” adds attorney Matt Abel. “I think they see that it brings revenue to town.”

Wood says the Spark in the Park organizers plan to create “a craft cannabis consumption and retail music festival that appeals to five generations of cannabis users.” He says the fest has retained many of the performers that were booked for the canceled 2022 festival, including Ghostface Killah and Raekwon of hip-hop group Wu-Tang Clan, dub reggae great Lee “Scratch” Perry’s backing band Subatomic Soundsystem, New Orleans funk band the Rumble, Detroit blues player Thornetta Davis, and more.

‘Spark in the Park’ voted down, but still plans to hold home-grown pot-infused music fest in metro Detroit: Hazel Park voted down the festival on Tuesday, but organizers say they will hold it in a different city

Michigan voters approved adult-use cannabis consumption at the ballot in 2018, including cannabis events. The Spark in the Park festival was originally scheduled for Hazel Park’s Green Acres Park on June 18 and 19, but was canceled after Hazel Park City Council voted the festival down in April, citing parking and capacity concerns.

Those are not expected to be a problem at Ypsi’s Riverside Park, Hollis and Abel say.

“Hazel Park led us to believe that it would be approved, and that just wasn’t the case,” Abel says. “Here, we actually have approval. It’s more routine. The city of Ypsilanti is familiar with it, they’re comfortable with the process, and we’re confident that it’ll be able to move forward.”

The organizers say that the new Ypsi location will allow for a larger festival footprint. They have also retooled how the cannabis retail aspect of the festival will work.

“From a promoter standpoint, it’s an interesting way to put on a festival. We’ve had to overcome all these hurdles and design a business plan for a concert very differently, in my opinion. In our meeting last week, one of our topics was, well, how many retailers do we go after?” Wood says, adding, “Trying to bring all this together has been challenging.”

Now, the organizers say the plan is to invite four cannabis retailers, who will provide licenses for six brands to operate in their tents on the festival grounds.

The festival will also include a “CannaBowl” contest to give awards to the best cannabis producers in Michigan.

“Cannabis consumers have been in this market for a long time, and so we’re excited to see the quality of product that is going to be available and displayed, the ‘craft cannabis,’ if you will,” Abel says. “As the price [of cannabis] has come down, and things get more competitive and it’s much more consumer-friendly, people can afford to be a little more picky.” 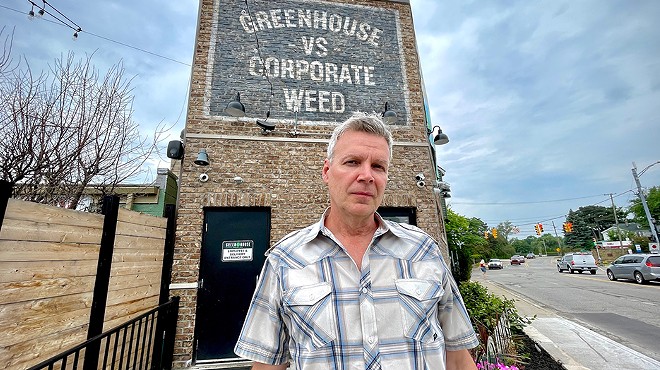 Plummeting marijuana prices are smoking out small cannabis businesses in Michigan: Too much weed?

He adds, “It’s not just like it used to be when if you wanted some cannabis, you could only get whatever the person had available. Now, there’s consumer choice, and we think it works better when the consumer is informed about this. So we’re hoping to not just promote the brands as a marketing thing, but hope to let the consumers discover what brands they liked the best.”

More information will be available at sparkinthepark.net.