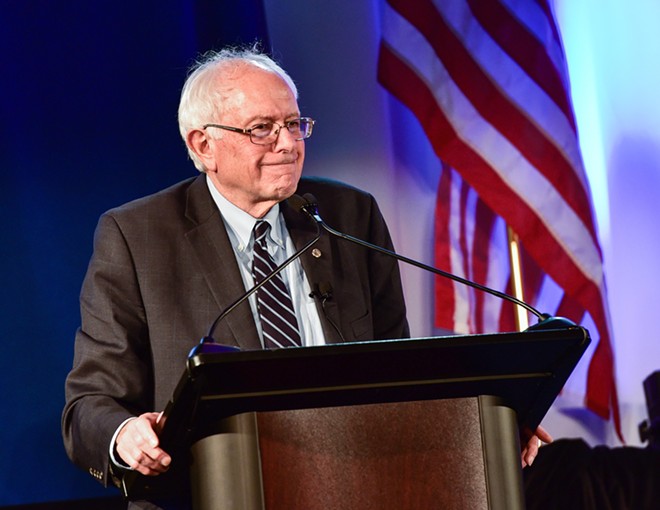 Sanders made the comments on the Joe Rogan Experience podcast last week, saying:

When I ran for president for the Democratic nomination in 2016, I talked about a broken criminal justice system, which ends up having in the United States more people in jail than any other country. And what I call for then, and I call for now, is the legalization of marijuana in America.

That [marijuana's Schedule I classification] is insane. Heroin is a killer drug. You can argue the pluses and minuses of marijuana, but marijuana ain't heroin. So we have to end that, and that's what I will do as president of the United States. I believe we can do that through executive order, and I will do that.


Sanders has also called for the criminal records of people with marijuana-related offenses to be expunged. Other top Democratic presidential candidates like Elizabeth Warren and Kamala Harris have also called for legalization and expungement, though former Vice President Joe Biden has only called for decriminalization.

When asked if he has previously used marijuana, Sanders told Rogan that he "smoked marijuana a couple of times" but it "didn’t do much for me." At least he admitted he inhaled, unlike certain Democratic presidents.

"It made me cough a whole lot, alright, but I gather other people have had different experiences," Sanders said.

In 2016, Sanders won the Michigan primary in a surprise upset, beating Hilary Clinton.

You can watch the episode below.


It's a new era for marijuana in Michigan. Sign up for our weekly weed newsletter, delivered every Tuesday at 4:20 p.m.