Berner’s new Detroit Cookies store shows that despite the emphasis on recreational marijuana, medical marijuana is still a big deal 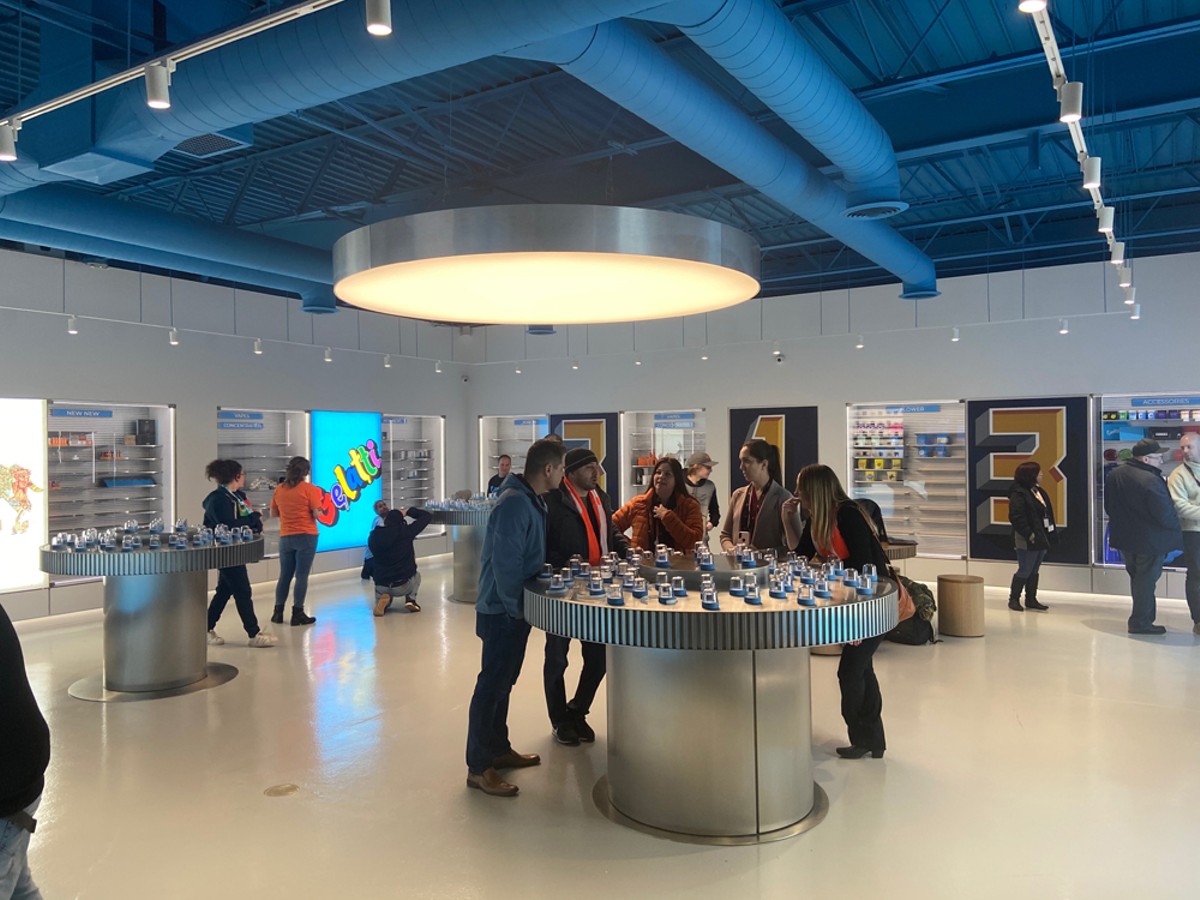 While there are no recreational retail marijuana stores in Detroit, there are still lots of medical marijuana locations operating. In fact, another provisioning center opened up in Detroit last week with a bit of glamour attached to it. That's because the Cookies-branded location on East Eight Mile Road is another step in the empire of rapper and cannabis entrepreneur Berner. The brand, established in Los Angeles, takes a cannabis-clothing-music lifestyle approach to the industry. This partnership with Gage Cannabis Co. in Michigan is the first foray for Cookies outside of California.

"They grow good cannabis; we cherry-pick the best," says Berner of the partnership with Gage.

Right now, much of the Michigan industry's focus is on recreational marijuana, although here in Detroit there is much angst because the city has opted out of the system for now, at least through the end of March. But there are huge things happening with cannabis elsewhere. While provisioning centers press their lawsuit against the state and the city — and Detroit City Council does whatever it's doing behind the scenes — let's remember that medical marijuana is still a big deal, and some states don't even have that. That doesn't mean you should just take what they're handing out, but there's still a lot going on in the medical marijuana world.

We're going to have to learn a few more acronyms. We've known about THC for a while, and our cultural love affair with CBD has gone absolutely bonkers. Almost any shop doing business these days has some form of CBD available. I saw CBD sparkling water on the shelves of a market the other day.

As popular as CBD has become, there are more cannabinoids where that came from. Get ready to hear about CBG and CBC. Research recently reported in The Guardian claimed "Cannabis compound could be weapon in fight against superbugs." The story reports on researchers finding that cannabigerol (CBG) has cured mice of MRSA, the antibiotic-resistant infection. The study is under review at the American Chemical Society's Infectious Diseases journal. The thought that weed could somehow help take on superbugs gives comfort to marijuana enthusiasts, even as the coronavirus spreads fear across the globe.

Here's another vote for CBG and its partner CBC (cannabichromene). Cannabics Pharmaceuticals, an American company with a research department in Israel where they do that sort of thing, has released information claiming that preclinical trials show that CBG and CBC help produce significantly better results in gastrointestinal cancer treatments. In a statement, Dr. Eyal Ballan, cofounder of Cannabics, says, "We are intrigued by the results we have obtained in the lab, and our aim is to consider placing an emphasis on this organ system, and to further explore the differential anti-tumor properties of cannabinoids."

CBC has also been making a name for itself as an anti-inflammatory and to block pain caused by nerve damage. And good, old THC got some props recently for easing the symptoms of endometriosis, a painful condition of the uterine lining.

Many folks use weed for headaches. Now they have some science to tout. In 2019, the Journal of Pain published the "Short and long term effects of Cannabis on Headache and Migraine," which found that cannabis reduced the incidence and severity of migraine headaches by approximately 50 percent. The study found that men had larger reductions than women and that concentrates were related to larger reductions than flower.

No wonder Roger Pertwee, editor of The Handbook of Cannabis, refers to the plant as a treasure chest of medicines.

And if you're feeling left out because Detroit has only medical marijuana, consider that Missouri just granted its first medical marijuana licenses last week. Or that Mississippi will just be voting on it come November, as a medical cannabis initiative has been certified for the 2020 ballot.

That's a long list, but it's not everything. Researchers from the University of Buffalo surveyed folks attending the Hash Bash about their beliefs regarding the medical properties of marijuana. The results, published in The American Journal of Health Promotion, found that "there were considerable discrepancies between cannabis users' knowledge and available evidence" of the health effectiveness and risks of marijuana use.

Marijuana is indeed medical — we had that fight, and medical won pretty much everywhere except with the federal government. However, it's not a miracle cure for everything. Activism has brought us to the threshold of marijuana medicine; science will take us further. In the meantime, if medical marijuana is all that you use, then use it wisely. That's the route Berner and Gage are taking with their Cookies venture.

CBD rules the market: Out of all the compounds in marijuana, CBD has captured the cultural throne like few imagined. Most marijuana enthusiasts had not heard of it 20 years ago, but it has been thoroughly embraced in recent years.

It seems like every store has a counter where CBD products are sold. Some people just use it as a general health tonic. There is CBD-infused sparkling water on the shelves of local markets. People who would never sully their bodies with THC are proud to use CBD. It's in skin cream, makeup, hair products, foods, and more. You can eat it, rub it on your body, take it as a pill or oil, or smoke it. You can even give it to your pets.

CBD has been marketed as the part of marijuana that doesn't get you high, and people seem to be responding to that. Now they can actually be cool marijuana users — but don't have to go on a mind trip. You have to admit that marijuana indeed has something for everybody.