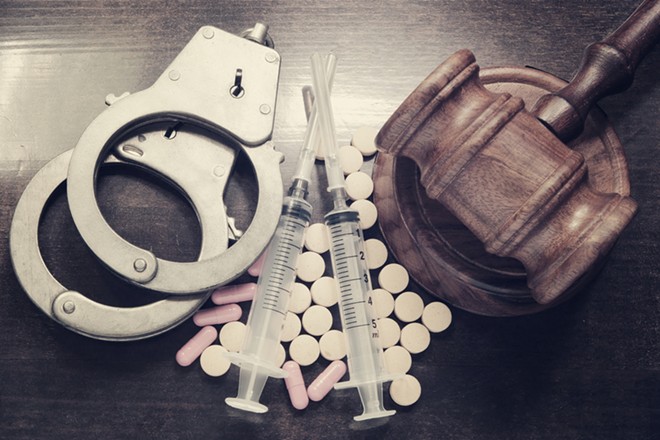 Shutterstock
Ann Arbor City Council is to consider a proposal to decriminalize all drugs under 15 grams.

A University of Michigan student group launched a campaign that calls on Ann Arbor to fully decriminalize all drug possession.

Students for Sensible Drug Policy at U-M won key political endorsements and is urging the Ann Arbor City Council to adopt a “Resolution to Advance Sensible Drug Policy,” which would prevent the city's police department from arresting people for possessing any drug under 15 grams.

“Progressives have said for years that drug use is not a crime, and with this resolution, they can finally put their money where their mouth is,” Derek Fraser, policy director for SSDP, said at a recent news conference. “We believe fundamentally that drug enforcement has not created cost savings, reduced incarcerations or improved public safety. A new approach is ultimately needed.”

The proposal would eliminate “any municipal criminal codes that utilize arrest or incarceration for actions involving the manufacturing, distribution, selling, planting, cultivating, and transport of 15 or fewer grams of any single controlled substance.”

The resolution also calls on increased funding for proven recovery services, such as distributing Narcan, the medication used to reverse opioid overdoses, to local businesses.

"We're going to no longer use money on enforcement and instead spend it on proven, evidence-based measures," Fraser said.

“Because it’s a racist war, we have seen the incarceration of our Black and Latino brothers and sisters reach an unacceptable level,” Rabhi said. “That is a problem that persists today.”

Rabhi said 60% of the people in Michigan’s prisons for “drug offenses that are now legal” are Black and Latino.

“We need to change that,” he said.

Ann Arbor City Council has not yet publicly discussed the proposal, but SSDP members said they have talked to council members who are on board.

In September 2020, the city council voted unanimously to decriminalize the use of psychedelic mushrooms.