It's no surprise that one can buy CBD products at The Reef provisioning center. CBD creams, oils, candies, and even flowers are available at most places, along with their THC products. What makes The Reef different is that any adult can walk into the place and buy these products.

One of the most stringent rules of medical marijuana is that you can't go into any area where sales are taking place without showing a state card certifying that you are a patient. The folks over at The Reef, near Eight Mile and Van Dyke, noticed that anyone can buy CBD products at their local convenience store, so why not at their place?

"What kind of prompted us was we had a lot of people coming in asking for CBD products, and they didn't have a medical card," says Rush Hasan, who works in business development at The Reef. "They said there was no need to get a medical card. ... We worked with [the Licensing and Regulatory Affairs office], and they gave us approval to allow us to sell CBD-only products that are hemp-derived to any customer that comes in. They just have to sign in just like any visitor would."

A lot of provisioning center owners report that since adult-use marijuana was legalized, people show up at their shops expecting to buy marijuana even without state certification. That won't be the case until early next year. However, pretty much anybody can buy CBD pretty much anywhere. It seemed strange that you needed a card to buy something you could get without one elsewhere. Since people are knocking at their door, folks at The Reef figured that they should be able to sell it to them. They checked with the Marijuana Regulatory Agency compliance office and got permission.

The CBD counter at The Reef is set up in the spacious lobby so that those customers do not enter the area where products that contain significant amounts of THC are kept. The CBD products come from hemp and contain no more than .3 percent THC, which is the psychoactive component of cannabis — meaning it won't get you high. It is believed, however, that CBD may help reduce anxiety, pain, and inflammation.

The CBD counter at The Reef is well-stocked with a good variety of CBD products, including flavored honey sticks and CBD flowers, along with gear for vaping. It seems a simple solution in the midst of operations that have been very complicated in the past. Almost any move regarding what one can and can't do in a marijuana facility has led to long and complicated processes — sometimes heading to court.

If this works, expect to see CBD counters in the lobby of every provisioning center that has room to put one in. CBD is a hot product: Stores everywhere have signs on their doors touting its availability. Even with all that advertising, people are going to the place that it seems that you should be able to get it.

"It's been working out pretty well," says Hasan. "We've already had many transactions go through from customers coming in looking at a variety of products, whether it's for anxiety, for muscle relief, joint relief, or even for their dogs or cats."

Hasan says the most popular CBD product is the flowers. There are jars of Tahoe Kush there that would seem to be like any other marijuana flowers except they have 14.5 CBD and less than .3 percent THC. The next most popular items are the tinctures.

Part of this is fueled by the shortage of marijuana in the state system. The Reef is having as hard a time as anyone else finding flowers to put on their shelves. As they looked at ways to survive financially until the supply system picks up, they noticed that more and more outlets were selling CBD with no special license needed.

How is there a CBD glut in the middle of a marijuana drought? It's partly due to the 2018 Farm Bill that — though complicated — basically legalizes hemp. It can be grown, processed, and sold across state lines.

"We're seeing a lot of farmers out west, Oregon, Colorado, and even down in Tennessee and Kentucky that are starting to produce large quantities of hemp," Hasan says. "If it's quality flower, they'll hand-trim it and sell it as flower. Most of them are doing extractions and turning it into various forms of isolate."

So there is indeed a lot of CBD available. However, that CBD is not making it into state medical-marijuana products because only marijuana grown in the state can go into those products. It's still taking a lot of time for local production to ramp up and meet the demand for product.

The shortage of state-licensed product is affecting the industry's growth. Gage Cannabis Co. in Ferndale first announced that the shop would open in August. Now that's been moved back to mid-September. For all the hoopla around that opening, lack of product has to be part of the delay. 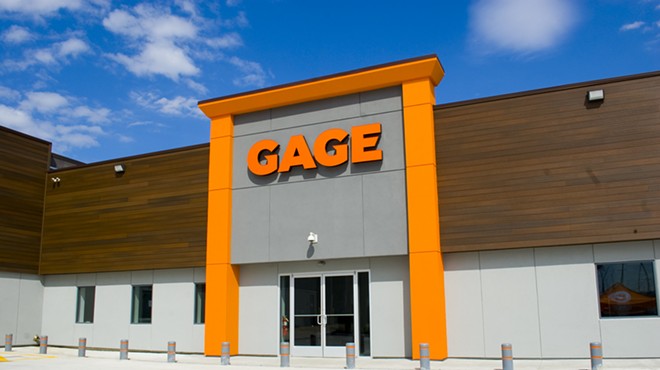 The implication is that as reserves of caregiver product disappear, new production will not meet the demand. More and more growers are getting state licenses, but it can take up to a year to do build-out and get plants grown and harvested. None of this even addresses the recreational market. Right now, the MRA plans to only take adult-use applications from provisioning centers that already have medical licenses. And right now they can't keep enough supplies for the medical market. How are they going to supply a market that's about 10 times larger?

It's hard to say that other than a vibrant black market, it's going to take some doing to keep some businesses open. The Reef has brought a bit of innovation to a difficult situation. Expect to see more of that all around.

How things stand: People ask me all the time if they can go buy marijuana at the store now that it's legal. The answer to that is no, but here is how things stand:

Yes, recreational marijuana is legal — although the state would rather you call it "adult-use."

Yes, adults can have up to 10 ounces in their homes and can grow up to 12 plants in a private area. You can give it to other adults, but you cannot sell it.

No, you can't go buy it at the store right now, but the expectation is that there will be licensed adult-use stores very early in 2020.

CBD is legal for anyone 18 or older to buy.