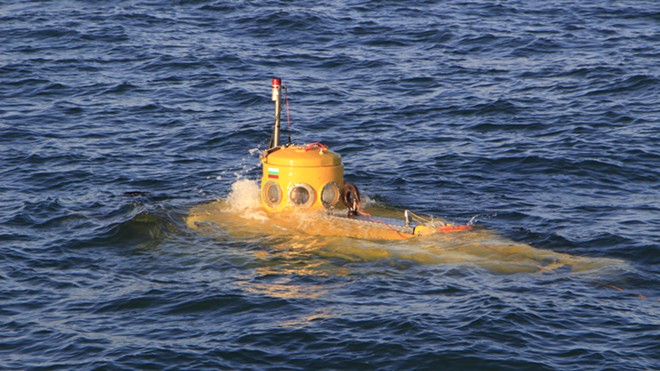 A Canadian man is facing charges after admitting to authorities that he used a small submarine to smuggle drugs across the Detroit River.

Glen Richard Mousseau was pulled over in May while driving a U-Haul in Michigan, when authorities found a package containing more than $97,000 in the trunk. At the time, Mousseau claimed he did not know who the package belonged to, but later admitted that he directs a smuggling organization that moves money and drugs by giving "GPS coordinates to someone in Canada, and that person crosses the river in a submarine," according to WDIV.

Border patrol authorities had seized a small submarine on Zug Island in April, which Mousseau admitted belonged to him. (The Detroit News reported the vehicle was a Seabob-Jet, which is more like an underwater jet ski.)

Mousseau was allowed to stay in a Flat Rock hotel while the investigation was underway, but escaped. On May 22, border patrol approached a vessel on the Detroit River, when they noticed packages being thrown into the river. Mousseau was found unconscious tied to the bundles, which contained about 265 pounds of marijuana.

In April, a Canadian nurse was pulled over at the border while attempting to smuggle 150 lbs. of weed. At the time, she said she was crossing the border to treat COVID-19 patients. The border was closed to non-essential travel.

Both Canada and Michigan have legal, recreational weed.