A beginners guide to marijuana

Curious about cannabis? Here, take a hit of this 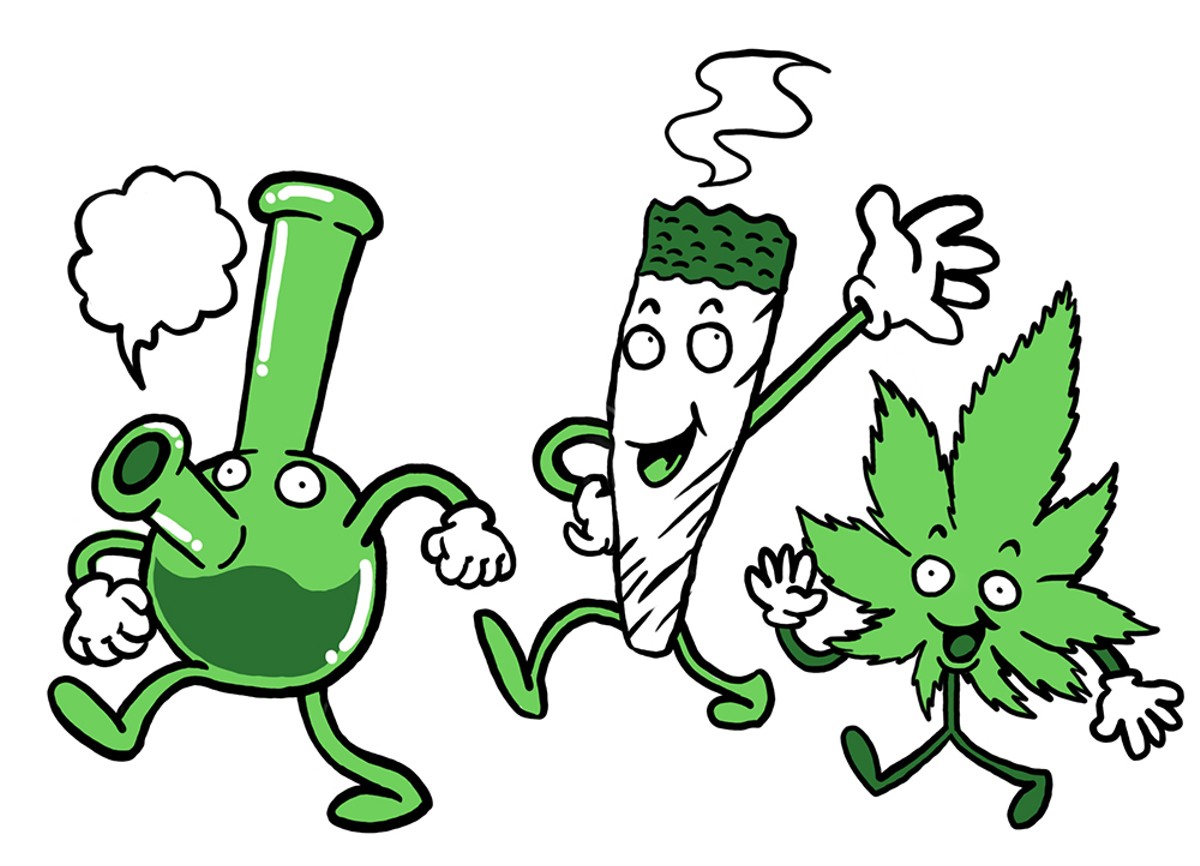 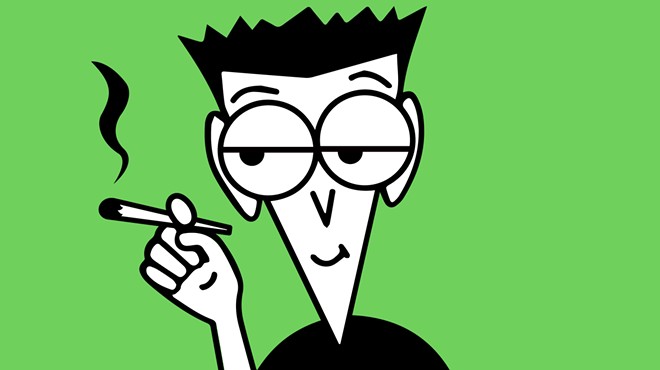 Michigan’s cannabis laws for dummies: The dos and don’ts of dope: A weed attorney clears the air 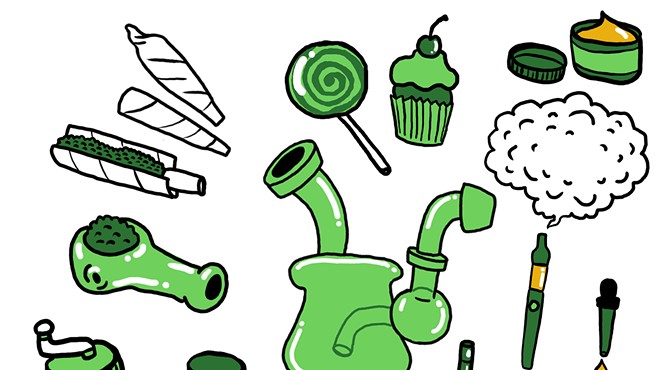 How to smoke, vape, dab, and otherwise get super duper high: Everyone's doing it — and now you can, too! 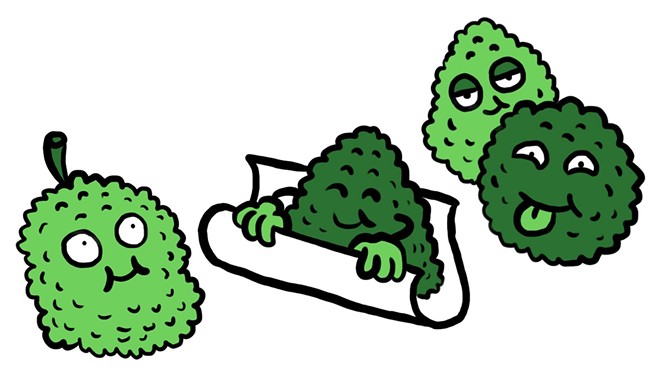 Finding the best marijuana strains for you: Are you an Indica or a Sativa? 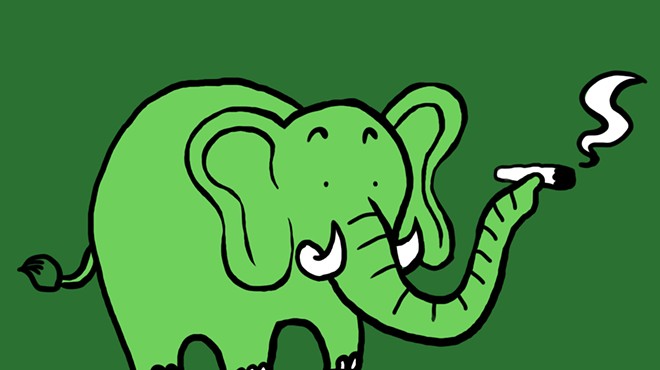 Michigan Republicans cash in on the cannabis industry: The GOP turns over a new leaf 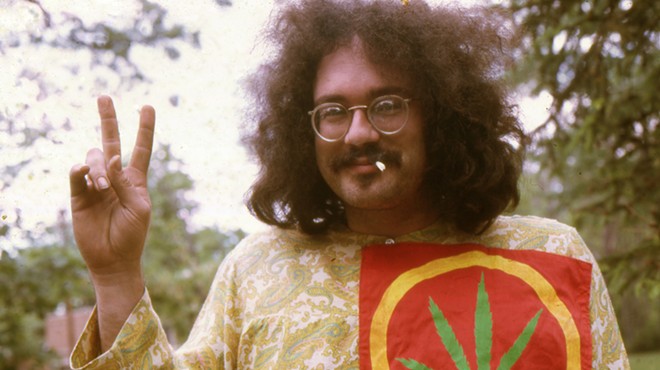 This year's Hash Bash in Ann Arbor was a beautiful sight to behold. Instead of being a pro-marijuana protest, as the annual event has been for much of the past 47 years, this time it was a celebration. It was the first held since voters approved Proposal 1 in November, making Michigan the 10th state to legalize recreational marijuana, and the first in the Midwest.

To mark the occasion, a banner that read “LEGALIZE 2018” last year was edited to say “LEGALIZED 2018” and hung over the makeshift stage on the steps of the Hatcher Graduate Library, where a diverse crowd gathered to celebrate. Ann Arbor guitarist Laith Al-Saadi kicked things off by performing “The Star-Spangled Banner” in Jimi Hendrix’s psychedelic style. I must confess it was one of only a few times in my life that I found myself genuinely moved by the national anthem. It felt like democracy was working.

The fact that it was the first warm day of the year made it feel like even the heavens were smiling on Michigan. After listening to all of the event's scheduled speakers, I laid down on the grass in the Diag, took a few puffs, and watched the beautiful young stoners hula-hooping and otherwise enjoying the cannabis holiday. I was glad that a new generation would never have to worry about going to jail for possessing a couple of joints.

“There’s all kinds of people in this crowd,” organizer Adam Brook, aka Mr. Hash Bash, said at one point during the festivities. “Most of us wouldn’t to talk to each other, or of each other, unless we had a joint in our hand, and that’s what brings us together. There’s not another substance on this planet. Jesus himself didn’t bring people together.”

You could already feel stigmas against marijuana use changing.

Congresswoman Debbie Dingell was one of many speakers on hand, and the first federal official to speak at the event. Though she said she has never used cannabis and has no intention of ever doing so, her presence was a hopeful signal of solidarity with the movement. Many speakers addressed the need to now work toward releasing and expunging the criminal records of those who have been jailed for cannabis use and possession, which are disproportionately people of color — something that Gov. Gretchen Whitmer and Attorney General Dana Nessel both campaigned on.

Proposal 1 passed with 2,35,640 votes, or more than 55 percent of the vote. That means there's plenty of people in the state who didn't vote to legalize marijuana. As those stigmas against cannabis go away, it's likely that many Michiganders are becoming, perhaps for the first time, cannabis-curious. 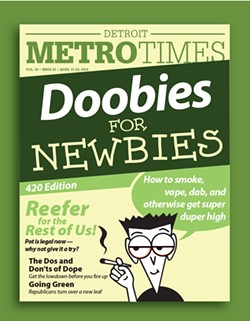 For that reason, we decided to do a special beginners guide to cannabis for our annual 4/20 issue. Inside you'll find stories meant to introduce marijuana to the uninitiated, but even full-blown stoners might learn something new. We've consulted with a weed attorney to guide you through the dos and don'ts of dope. We've also got a dosing guide, a guide to finding the best strain for you, a look back at the history of marijuana legalization in Michigan, and a canna-business directory. Even Republicans are turning over a new leaf.

But this is just the beginning. In the following weeks, we're planning on ramping up our cannabis coverage even more. Our website has a new "Weed" tab on the top navigation bar. In addition to Larry Gabriel's weekly Higher Ground column, expect more features to be rolled out, including updates on Michigan's new marijuana industry, canna-business profiles, product reviews, and whatever other ideas we come up with during our new tradition of editorial department smoke breaks.

We'll be tracking cannabis provisioning centers that are open for business, and compiling them all in our online database. Eventually, when recreational pot shops are finally open, we'll compile those, too. Plus, you can get all of these stories delivered straight to your inbox with our new marijuana newsletter, which will be sent each Tuesday at 4:20 p.m. (Of course.) You can sign up at metrotimes.com/newsletters.

Everyone remembers their first time. Well, OK, I don't exactly, other than I coughed a lot, and didn't really feel high. (Don't worry: a lot of people say they don't get high the first time.) As with anything else, in moderation marijuana use can be a beautiful thing. Its medicinal qualities have been found to alleviate chronic pain and a host of other ailments. But crucially, it's also fun. It can be a social thing. It's relaxing, and it can make people feel creative and philosophical. I can say for certain that marijuana changed my life for the better. Maybe it can improve yours, too.

From our beginners guide to marijuana issue.